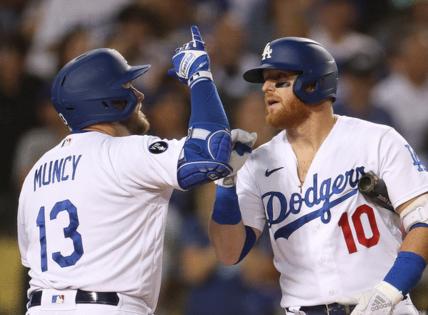 Walker Buehler, the Dodgers’ top starting pitcher, is slowly working his way back from mid-June surgery to remove bone spurs in his elbow. Another lower-back injury sent Clayton Kershaw, the three-time National League Cy Young Award winner, to the injured list last week for the second time this season.

A team that is running away with the National League West title might seem to be down a pair of aces, but if you’re worried the Dodgers might not have a starter worthy of taking the ball in Game 1 of a playoff series in October, fear not, manager Dave Roberts says. He’s got a guy.

Julio Urías continued to cement his status as the staff ace Tuesday night, giving up one earned run and five hits, striking out eight and walking none in seven innings of a 10-3 victory over the Minnesota Twins before a crowd of 47,874 in Dodger Stadium.

The Dodgers extended their win streak to nine, improved to 31-5 since June 29 and are a major league-best 76-33 on the season.

“Julio expects a lot himself, and I think there was just a point where he wanted to be looked at, you know, as the guy,” Roberts said. “And how do you do that? By going out there and performing.”

But Urías, who turns 26 on Friday, has earned the right to play a prominent rotation role this October.

“Every start the last two months has been very consistent,” Roberts said.