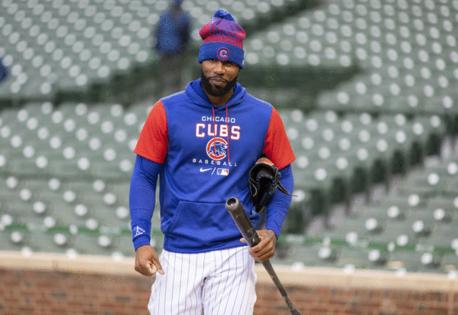 A rebuilding Cubs organization wanting to look at other players did not fit with Heyward and his declining all-around production. What seemed inevitable became reality Monday when president of baseball operations Jed Hoyer announced the Cubs and Heyward will part ways after the season.

Hoyer had an open dialogue with Heyward about the Cubs’ plans, in which a continued union between the sides did not make sense. The Cubs also want to give Heyward the full offseason to find a new team.

“Given where we are as a group and where we’re going to likely be in the corner outfield next year, with Seiya (Suzuki) and Ian (Happ), we’re going to move in a different direction,” Hoyer said. “He struggled last year obviously, and we wanted to see how he bounced back from that and he had an excellent 2020 season. ... Obviously he didn’t bounce back well from (2021).”

“He doesn’t like it but certainly understands where we are,” Hoyer said. “I think it’s been a frustrating last year and a half, with a lot of the guys that were a big part of why he signed here have been traded away. And so it kind of made sense for both of us and we’ve talked through it and we’re in a good place.”

Cubs outfielder Jason Heyward celebrates a win over the Nationals with Ian Happ on May 20, 2021 at Wrigley Field. (Brian Cassella / Chicago Tribune)

Most memorably, Heyward delivered a speech during the rain delay in Game 7 of the 2016 World Series, giving the Cubs a spark in extra innings to win the franchise’s first title in 108 years. Heyward’s imminent departure will leave manager David Ross, catcher Willson Contreras and right-hander Kyle Hendricks as the only players remaining from the championship team.

Heyward is not expected to return before the end of the season because of right knee inflammation, which he isn’t bouncing back well from, according to Hoyer. The Cubs’ 40-man roster is not full, so procedurally they can’t put Heyward, who has been out since June 27, on the 60-day injured list.