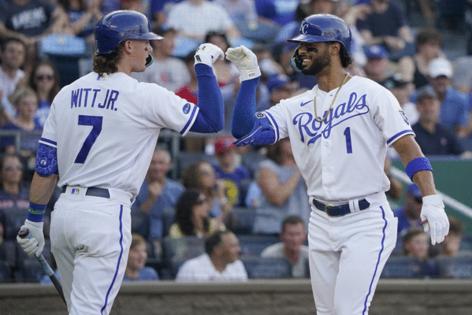 KANSAS CITY, Mo. — Kansas City Royals rookie first baseman Nick Pratto hit a 3-2 pitch to center field for a walk-off home run to beat the Boston Red Sox, 5-4, in front of an announced 19,136 in the third game of the four-game series at Kauffman Stadium on Saturday night.

MJ Melendez hit his second leadoff homer for the Royals, and Kyle Isbel (2 for 3, two runs scored) hit his first home since June 29. Bobby Witt Jr. knocked in two runs for the Royals (43-65).