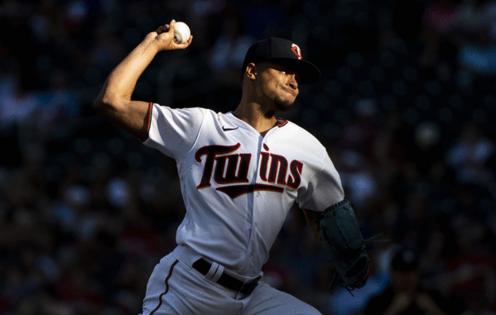 Chris Archer turned in his most impressive, though typically truncated, start of the season on Saturday, allowing only one hit over five innings. And Byron Buxton, starting in center field for the first time since Tuesday, tripled home the Twins' first run, and the only one they would need, in a 6-0 victory over the Rockies at Target Field.

The Twins' fourth one-hitter in Target Field history and second shutout in three days, combined with the Guardians' second straight loss to Boston, propelled the Twins back into first place in the AL Central by one game.

It also marked an upswing by their fits-and-starts offense, which has been held to two runs or fewer in six of their past 11 games.

Luis Arraez snapped an 0-for-11 skid, odd enough for the major leagues' leading hitter, by slapping a leadoff double into the left-field corner, and Buxton followed with a smash to left center that rolled to the wall. Arraez scored, snapping the Twins' 14-inning scoreless streak, and Buxton reached third without a throw for — how's this for odd? — his first triple since July 7, 2019.

That seemed to loosen things up for the Twins, who proceeded to put runners in scoring position in five of their eight turns to bat. Arraez singled home a run in the second inning of Rockies right-hander Antonio Senzatela, who has now started three losses to AL Central teams in the season's first three months.

Kyle Garlick, in the starting lineup for the first time since June 3, singled in the fifth inning, bringing home Carlos Correa, and Alex Kirilloff followed with a sacrifice fly for the first of his three RBIs, the most he's had in one game since May 2, 2021. Kirilloff's seventh-inning double off reliever Carlos Estevez scored Max Kepler and Garlick with the final runs of the night.

But it was mostly Archer's night, the most spectacular example yet of how the Twins have coaxed effectiveness, and health, out of a veteran who pitched only 19 innings over the past two seasons while batting thoracic outlet syndrome, a forearm injury and a hip strain.

The right-hander didn't allow a ball out of the infield in the first inning, surrendered a single to former Twin C.J. Cron to lead off the second and a walk to Ryan McMahon. Then Archer embarked on the longest stretch of outs in his Twins career, retiring the next 12 Colorado hitters in a row to give the Twins a 4-0 lead after five innings.

The Twins have limited Archer to no more than five innings or 79 pitches all season, however, and made no exception this time, with his count sitting at 78 pitches. Jharel Cotton, Griffin Jax and Tyler Thornburg finished off the Twins' first one-hitter since last Sept. 8 at Cleveland, with Jax striking out all three Rockies he faced.