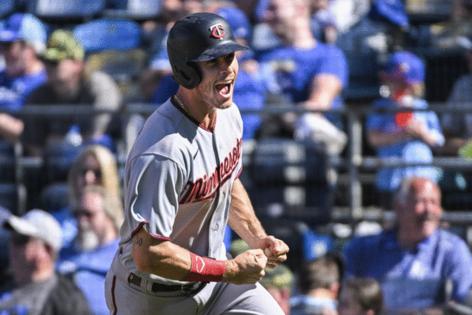 KANSAS CITY, Mo. — After right-hander Brady Singer turned in another dazzling performance on the mound and his teammates put together a five-run inning to stake him to a six-run lead, the Kansas City Royals appeared set to cruise to victory as they closed out their homestand.

Instead, it turned out to be one of the rockier cruises you’ll ever see as the Royals’ bullpen yielded seven runs in the final two innings of a 7-6 loss to the Minnesota Twins in front of an announced 15,482 in the finale of their three-game series at Kauffman Stadium on Sunday afternoon.

With the loss, the Royals were swept and their losing slide extended to four games as they embark on another three-city road trip.

Reliever Josh Staumont entered the game with the bases loaded and two outs, the Twins having scored five runs in the top of the eighth in a rally that threatened to tear down any and all the positive established by Singer’s outing and the offensive surge.

Instead, Staumont froze Luis Arraez on a called third strike to maintain the Royals’ one-run edge going into the ninth.

But the Twins got to Staumont in the ninth. They scored two runs to take the lead on a leadoff walk and double by Jorge Polanco, followed by a game-tying sacrifice fly. Then, with two outs, Gio Urshela’s RBI single gave the Twins their first lead of the day.

The Royals went down in order in the ninth inning.