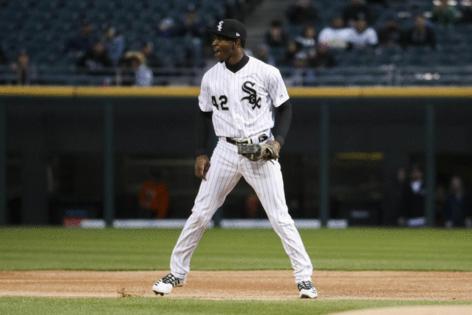 Whether Donaldson was joking around, as he insisted, or used Robinson’s name in a “racist” manner, as Sox manager Tony La Russa claimed, it was certain to be a hot button debate throughout baseball.

No matter where you stand on the issue, there’s no arguing Jackie Robinson’s name remains as relevant in baseball today as he was when he broke the major-league color barrier 75 years ago.

If cooler heads prevail, this could be a teachable moment for Donaldson and anyone else trying to understand why using Robinson’s name was considered “disrespectful” by Anderson and “racist” by La Russa.

Robinson endured slights both public and private throughout his career, as most fans surely know. The mere idea of a Black man entering the majors was such a sensitive topic in the late 1940s that Brooklyn Dodgers executive Branch Rickey had an early meeting with broadcaster Red Barber to give him a heads-up.

Barber, who was born in Mississippi, was as popular a radio broadcaster in New York as Harry Caray later became in Chicago. According to Kostya Kennedy’s book, “True: The Four Seasons of Jackie Robinson,” Barber moved to Florida as a child and witnessed a Black man “tarred and feathered and forced through the streets by the Ku Klux Klan.”

Kennedy wrote Rickey wanted Barber to know of his plan to integrate the Dodgers so Barber could look for another job if the broadcaster felt he couldn’t call a game with white and Black players. After the meeting, Barber went home and told his wife, Lylah, what Rickey had said, then informed her he was going to leave the Dodgers.

Lylah said “let’s have a martini” and think things over for a few days. Kennedy wrote “Barber came to a couple of what he would characterize as ‘self-realizations’ about the randomness of his or any other person’s lineage and place in the world; about the second great commandment, ‘Love thy neighbor,’ and about his role as a reporter.”

Barber decided to stay and report what he saw. During a 1949 broadcast in St. Louis, he informed listeners Robinson and two other Black players were forced to stay in an inferior hotel in town without air conditioning.

“By informing his audience of Brooklyn Dodgers fans of these circumstances, Barber was in a small but direct way influencing how some people thought,” Kennedy wrote. “It was a vivid situation.”