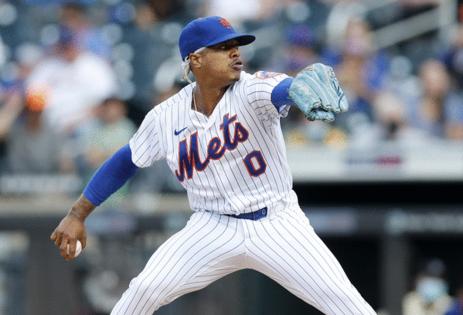 The flurry of action around Major League Baseball before the lockout-imposed transaction freeze last week was reminiscent of the build up to the trade deadline each year. The then-expiring collective bargaining agreement created the artificial deadline, and thus the impetus for organizations to get deals done. Now, teams are expected to have weeks and potentially months to outline their next steps, evaluate the remaining free agents and internally plot possible trades.

For the Chicago Cubs, signing right-hander Marcus Stroman to a three-year deal Wednesday addressed a major need in the rotation and sets them up to turn their attention elsewhere on the roster.

President of baseball operations Jed Hoyer, speaking before the CBA lapsed, did not rule out continuing to look for innings. But the Cubs’ issues extend beyond bolstering the pitching staff. While this is an apparent need for a team that lost 91 games, the path they take to creating a better, more complete roster could take different forms.

One thing Hoyer won’t be dwelling on is whether he needs to sell his vision of the Cubs’ path forward to free agents as they continue to build back up to a postseason contender.

“That’s not my focus, my focus is on trying to build something special, but I understand why the question gets asked,” Hoyer said. " For me, it’s always been about trying to build a roster that can compete this year. And we’ve talked about, obviously, there’s challenges with that. We have a number of holes to fill. We lost a number of players, but I still feel like that through free agency, we had some flexibility.

“If we can be shrewd, I think we can certainly do that.”

The best way to prove to Cubs fans that the organization is serious about investing in the big-league roster is spending money. That won’t happen for a while because of MLB owners locking out players, but Stroman’s signing can’t be the only investment the front office makes for 2022 and the next couple years. The structure of Stroman’s contract gives him a high average annual value and allows him to return to free agency as early as his post-age 32 season — thanks an opt-out after Year 2 — while the Cubs maintain what Hoyer described as “financial nimbleness going forward.”

Hoyer acknowledged the frustration some Cubs fans felt at the lack of moves before the deal for Stroman.

“We have such a different sense of the pace of the offseason when you’re in the business and you’re in the office and the conversations are going on. So I understand when people might get frustrated at the pace of things, but I’ve sort of lived with that for a long time,” Hoyer said. “You can’t let that bother you. You have to realize that we have a better sense of that because we have all the information.

“I understand why a fan might feel like there was inactivity, because until there’s a deal, there’s the appearance of inactivity, right? And they’re not aware of who we’re calling or how much we’re on the phone because why would they be? So I get it.”

Aside from adding power arms, a need that has been clear since last offseason, the most obvious splash the Cubs could make is signing a marquee hitter, something the lineup is sorely lacking. Free-agent shortstops Carlos Correa and Trevor Story and outfielder Nick Castellanos would fit the type of impact bat the Cubs need in the short- and long-term. However, all three received qualifying offers, which affects the calculus for any consideration, though it’s unclear whether draft-pick compensation might change in the next CBA. The Cubs clearly value maintaining financial flexibility, which also works against acquiring players who are looking for lengthy, high-AAV deals.

Evaluating the Cubs will ultimately require looking at the entire picture. Is Stroman merely the first notable signing or trade made before the season or does his contract go down as their most expensive of the offseason? The latter would likely disappoint fans; Stroman isn’t the Cubs’ missing piece who separates them from being a playoff team versus a legitimate title contender. He makes them more competitive and puts the rotation in a much stronger spot than they were entering the 2021 season. But the Cubs still need more, namely proven relievers, power pitchers and a quality middle-of-the-order hitter.

Signing a star position player would boost the lineup woes and ignite the fan base, but the Cubs aren’t going to abandon their approach to make that type of deal happen. Whatever route the Cubs take this offseason, it will fit their timeline and plans.

“I do understand that there’s been a level of frustration or consternation or whatever about the lack of big moves (the last few years),” Hoyer said. “Certainly it hasn’t been through lack of trying to do some of those things, but obviously, they haven’t come to fruition. You never make a move to send a message or something like that. You do it because you think it’s the right thing for the baseball team.”