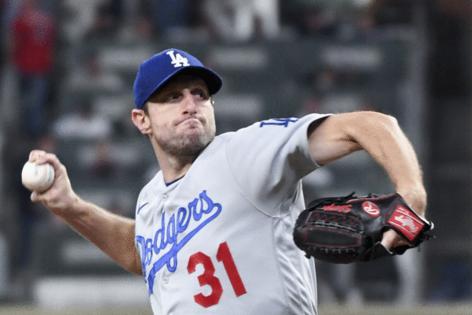 The unthinkable, the unimaginable has happened. Mad Max is coming to the Mets.

The Mets offered Scherzer a three-year, $130 million contract with an opt-out after the second year, according to sources, making for roughly $43 million in average annual value (AAV). That tops Gerrit Cole’s deal with the Yankees (nine years, $324 million) for the largest AAV on a contract in MLB history.

Steve Cohen’s historic spending spree blew the Mets past MLB’s current $210 million competitive balance tax threshold. That threshold may look different in the league’s next Collective Bargaining Agreement, but Cohen had made it clear as early as June that if the Mets were going to go over the threshold and face the penalties, which are negligible, they would spend in a major way.

Scherzer, 37, is coming off an excellent season between the Nationals and Dodgers. He went 15-4 and posted a career-best 2.46 ERA with 236 strikeouts, the fourth-most in MLB in 2021, across 30 starts.

Scherzer has a 3.22 ERA in 26 postseason games (21 starts) and 128.2 innings. Scherzer has slowed down a bit with age – he had a dead arm in the 2021 playoffs and recently experienced back and shoulder issues – but it has hardly impacted his performance in comparison to the rest of the league. Since 2016, Scherzer leads MLB’s pitchers with a 33.2 fWAR. Right behind Scherzer? DeGrom with a 30.5 fWAR.

The Mets’ mighty splash of the offseason, just days before an expected lockout, answers most of the rotation questions that had loomed large since well before the official end of the regular season. And the Mets top brass is still busy working to add pitching depth.

Scherzer will create a terrifying 1-2 punch behind deGrom, while also joining Taijuan Walker, who registered a 4.47 ERA last season, and Carlos Carrasco, who will look to bounce back from his disappointing 2021 as part of the Mets pitching staff.