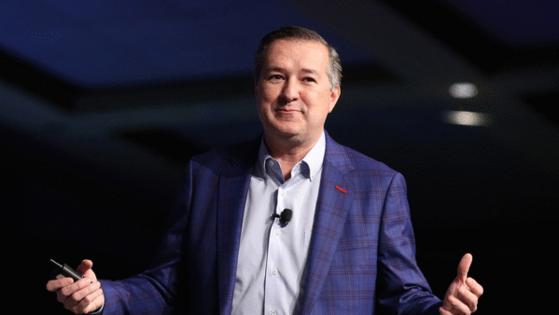 In a letter Friday, Ricketts assures Cubs fans that “we have the resources necessary to compete in 2022 and beyond, and we will use them.”

“We will be active in free agency and continue to make thoughtful decisions to bolster our team this offseason,” Ricketts continued.

The Cubs’ 71-91 record represented their most losses since 2013. Their opening-day payroll of $156,481,585, according to the Associated Press, ranked 11th in Major League Baseball. The Cubs will certainly have plenty of financial flexibility to upgrade the roster in the offseason. They have just three players on a guaranteed contract in 2022 — Kyle Hendricks, Jason Heyward and David Bote — for a combined $38.5 million along with two notable arbitration-eligible players: Willson Contreras and Ian Happ.

In a separate email sent Friday afternoon, Cubs season ticket holders were told pricing will “slightly decrease across all sections of the ballpark” after the team’s annual review and “thoughtful analysis.” The Cubs averaged 31,566 fans in their 50 full-capacity games at Wrigley Field. That would be the lowest the Cubs averaged per game at Wrigley since 1997 (27,041). The Cubs’ attendance total ranked eighth in the majors with 1,978,934 fans over 81 home games.

“While we failed to extend our six straight winning-seasons streak and secure our spot in the postseason, we made important changes that put us in a position to succeed as we build the next great Cubs team,” Ricketts wrote. “Beginning to replenish our much-improved farm system was just the start.”

Ricketts called 2021 “an emotional roller coaster, to say the least” and referenced tough decisions at the trade deadline that “created near-term competitive challenges in return for longer-term competitive advantages.” David Ross received praise from Ricketts, who said the manager did an amazing job keeping players focused and ready amid all the changes.

Within the last four weeks, president of baseball operations Jed Hoyer twice mentioned the importance of spending intelligently this offseason. What path the Cubs ultimately choose to take in the coming months will be dictated in part by the next collective bargaining agreement — which is set to expire Dec. 1 — between the league and players union. Now, with new general manager Carter Hawkins in the fold, the front office’s attention can focus fully on how to build another title contender.

“While highs and lows are a part of our game and nothing novel for unwavering Cubs fans, I know 2021 was a lot to process,” Ricketts wrote. “Further, while making good long-term decisions with our roster looks good on paper, it doesn’t soften the pain of losing or the emptiness of missing the postseason. With our attention now solely on the 2022 season, please know this: we respect your high expectations, we share your desire to win and we commit to fielding a competitive team reflective of your unrivaled support.

“We’re more than excited to enjoy both the journey and our ultimate destination of winning another World Series championship with you again soon.”