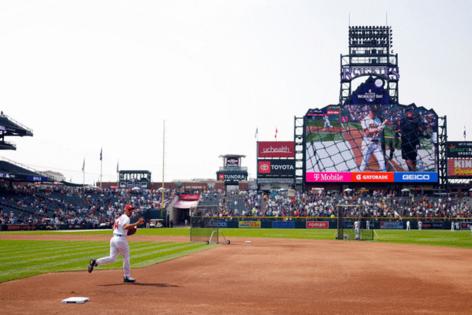 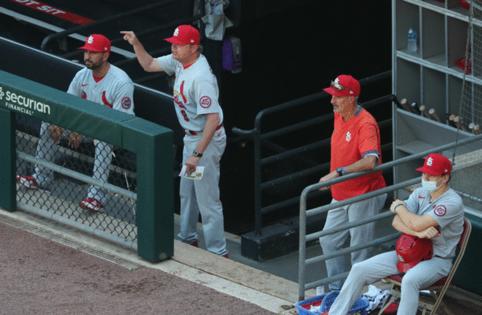 After the 1926 season, Hornsby had asked Cardinals owner Sam Breadon for a three-year contract at $50,000 per year, an astronomical ask in those days. Breadon countered with one year at $50,000 but Breadon insisted that Hornsby had to stay away from the race track. Hornsby didn’t smoke or drink but he did play the ponies.

The Rajah said he couldn’t do this, so Breadon, who didn’t really want to pay him $50,000 anyway, traded Hornsby.

Johnny Keane, who directed the Cardinals to a spirited run over the final couple of weeks of the season and then, like Hornsby, won a seven-game World Series from the Yankees in 1964, quit after the season rather than accept a belated extension with the Cardinals and he then signed to manage the Yankees. The Bronx Bombers, in the first years of a decade-long fade, fired Keane after two seasons.

Keane had made up his mind to leave the Cardinals after learning that club owner Gussie Busch had all but offered the job to then Los Angeles Dodgers coach Leo Durocher during a late August 1964 meeting at Grant’s Farm. Busch already had fired Keane confidant Bing Devine as general manager.

More recently, Tony La Russa stepped away from managing (for 10 years) after winning the 2011 World Series with the Cardinals. But when Mike Shildt was cashiered on Thursday, it marked the first time a Cardinals manager had been dismissed after guiding his team to the playoffs, with his club riding an historic September winning streak of 17 games en route to the prize.

Now the Cardinals, an organization known for their stability at the managerial level, look for their ninth full-time manager in the past 57 years.

The team accelerated that search in earnest Friday, a day after firing their manager, and every indication from sources was how the team intended to move swiftly to find its new manager. Thursday's announcement and lack of specifics on the "philosophical difference" that led to the firing invited only confusion, and a new hire would give the team a new storyline and some direction.

Reigning National League Most Valuable Player Bob O’Farrell, in his first and only season as Cardinals manager, moved in for Hornsby as a player-manager in 1927 and won 92 games, which was three games more than Hornsby’s championship club had won and the first time the franchise had had more than 90 victories.

But, Breadon, perceiving that O’Farrell’s play suffered when he also had to manage, took away O’Farrell’s managerial rein and gave it to Bill McKechnie for 1928.

The lockout is about to burst through the door like Kramer, and in anticipation of that, general managers, players and agents answered one ...Read More

There is a signing bonus, escalator clauses tied to award voting, an ...Read More

The deal would make Seager one of the ...Read More

The Dodgers tend to treat matters in their universe as state secrets. Information is king in Major League Baseball nowadays. The Dodgers, preeminent data connoisseurs, prefer not to share any. This year, that included Max ...Read More