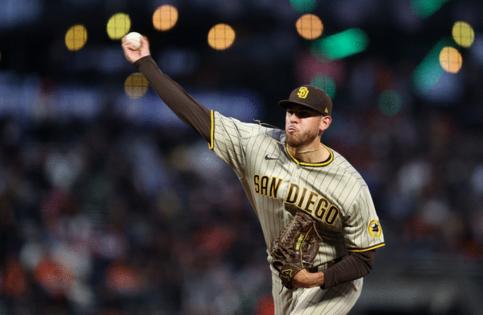 For the fifth time in their last 11 games, the Giants patched a hole in their rotation by running a bullpen game and in Wednesday’s 9-6 loss to the San Diego Padres, the club saw what happens when only a few of their relievers pitch well.

Five of the seven pitchers the Giants used Wednesday gave up at least one run in a defeat that snapped the franchise’s longest win streak since 2004 at nine games. Their lineup smashed four solo home runs, but a group of relievers that’s formed one of the best bullpens in baseball faltered on Wednesday while the Los Angeles Dodgers closed the Giants’ lead in the National League West to 1.5 games with a win over the Arizona Diamondbacks.

The Giants had won 23 consecutive games at Oracle Park when hitting at least four homers including all eight this season, but lost with four home runs at home for the first time since June 7, 2001 when they fell 10-7 to the Padres.

Right-hander Dominic Leone had been stellar in three starts as the Giants’ “opener,” but the set-up man turned first-inning tone-setter allowed two of the three hitters he faced on Wednesday to reach base.

An early jam convinced Gabe Kapler to seek a first-inning matchup advantage by calling on lefty Jarlin Garcia to face Padres slugger Eric Hosmer and while Garcia won the initial battle, he issued a two-out walk before another left-hander, Adam Frazier, gave the Padres their first lead in a week by keeping a sinking line drive just inside the left field line for a two-run double.

Garcia returned to the mound for the second inning, but he ended it by watching right-hander Zack Littell give up back-to-back hits to Manny Machado and Hosmer, who gave the Padres a 5-0 cushion with a two-run single into right field.

A Giants’ offense that scored 77 runs during its nine-game win streak didn’t string together rallies against Padres starter Joe Musgrove, but it did slowly chip away at San Diego’s advantage as Evan Longoria doubled home Brandon Crawford in the second inning before pinch-hitter Thairo Estrada launched a solo home run over the left field wall in the third.

Estrada’s homer marked the 15th pinch home run hit by the Giants this season, breaking the franchise record set in 2001 and moving San Francisco within striking distance of the 2016 St. Louis Cardinals, who set the major league record with 17.

After reliever Jose Quintana escaped a bases-loaded situation in the top of the sixth, Kris Bryant pulled the Giants within two runs by sending a solo home run out to the left center field bleachers in the bottom of the inning. A 5-3 deficit appeared manageable for a Giants offense that’s provided plenty of late fireworks this season, but in the seventh, the Padres answered back as Jurickson Profar drilled a 3-2 fastball from Quintana into the left field bleachers for a two-run home run.

The mistake from Quintana came on the eighth pitch of Profar’s at-bat and it followed a two-out, bases-empty walk to pinch-hitter Ha-seong Kim that is exactly the type of unforced error the Giants have been able to avoid for much of the season.

It wound up looming large, too, as Steven Duggar and Brandon Belt each hit solo home runs off Padres reliever Craig Stammen in the seventh to cut the Padres’ lead to 7-5. The Giants brought the go-ahead run to the plate in the eighth inning against Padres reliever Emilio Pagan, but Brandon Crawford and Evan Longoria each hit shallow flyouts before Duggar struck out to end the threat.

When the Padres scored two more runs off Jose Alvarez in the top of the ninth, the Giants’ chances of mounting yet another late-game comeback took one last blow.