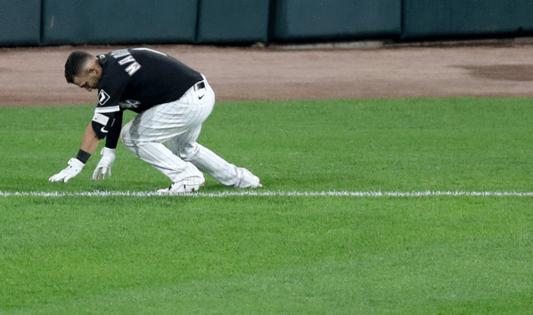 They received another challenge Thursday after placing second baseman Nick Madrigal on the 60-day injured list with a proximal tear of his right hamstring.

Madrigal, 24, suffered the injury Wednesday while attempting to beat Joe Panik’s throw on a grounder to third in the seventh inning of a 6-2 loss to the Toronto Blue Jays at Guaranteed Rate Field. Madrigal went to the ground in the outfield grass after crossing first base and had to be helped off the field.

General manager Rick Hahn said the Sox are “still exploring options and our doctors are talking to different specialists about the treatment protocol, which could potentially include season-ending surgery, or the other extreme may be simply a matter of rest and rehabilitation as the hamstring heals. Regardless of which path we’re on, he’ll be inactive for a minimum of six weeks.”

Madrigal has been a spark at the bottom of the lineup and has been one of the top two-strike hitters in baseball.

Now the Sox must find a way to produce in his absence, much like they have without starting outfielders Luis Robert (torn hip flexor) and Eloy Jiménez (ruptured left pectoral tendon).

“What we’re dealing with here is a first-place team that has overcome numerous challenges already this season,” Hahn said during a conference call before Thursday’s series finale against the Blue Jays. “We’ve seen various guys step up with the opportunities they’ve been provided over the first 10 weeks or so. And over the next several weeks we’re going to have more opportunities for other players internally to be given the opportunity to step up and help us stay afloat, if not ideally expand our lead in the division. That said, it’s obviously very disappointing, for Nick especially but for all of us.”

“Obviously you don’t want to keep heaping these (injuries) on top of each other and creating additional challenges, but if there’s one thing this team has shown over the last several months is its resiliency.”

The Sox entered Thursday at 37-24 and in first place in the American League Central, four games in front of Cleveland.