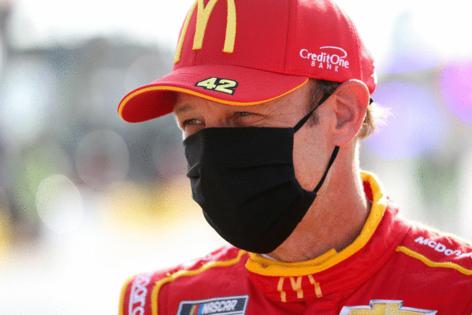 Shelmerdine, a four-time Cup championship crew chief with Dale Earnhardt, and Kenseth were selected by a voting committee Wednesday from among 10 nominees on the Modern Era ballot. Longtime former driver McGriff, who is 94 years old, was selected among five nominees on the Pioneer Era ballot, which honors individuals in the sport whose careers began more than 60 years ago.

Mike Helton, a senior adviser to NASCAR, was selected as the Landmark Award recipient. The award honors those who have made an “outstanding contribution to the sport.” Helton was the first person outside the France family to take over NASCAR’s day-to-day operations and he was the third president in NASCAR’s history.

In addition to his 2003 Cup Series championship, the 50-year-old Kenseth has won the series’ major events, including two Daytona 500s, the Coca-Cola 600, the Southern 500 and the All-Star Race. His career Cup wins total 39 and include victories at 19 of the 23 tracks where he’s competed more than once.

Shelmerdine won four championships with the late Earnhardt in 1986, ’87, ’90 and ’91. He won 46 races during his 16 years as a crew chief with famed drivers like Earnhardt, Ricky Rudd and James Hylton. In 1992, Shelmerdine moved from crew chief to driver, making 41 starts across NASCAR’s national series.

McGriff’s racing career spanned 68 years across NASCAR series, beginning with his first race at the 1950 Southern 500. He was a top driver in what is today known as the lower-level ARCA Menards Series West, winning 37 races to take third place on the all-time West Series wins list.

The Hall of Fame Voting panel, which consisted of NASCAR industry members such as track owners, media members, drivers, owners, crew chiefs, manufacturer representatives and other industry leaders, met to determine and discuss the Hall of Fame 2023 class. A fan vote conducted through NASCAR.com and the last two Cup champions Chase Elliott and Kyle Larson were included among the voters. In all, 61 votes were cast, according to the NASCAR Hall of Fame.