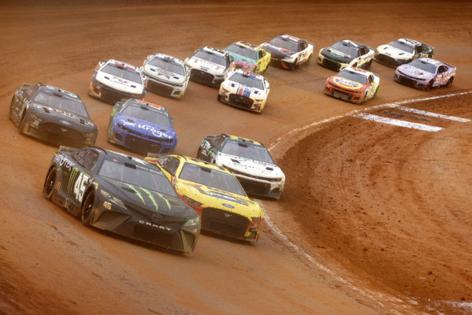 BRISTOL, Tenn. — Drivers were peppered with the question all weekend as NASCAR attempted its grand Bristol dirt experiment for the second straight year, this time at night on Easter, long considered a not-to-be-raced-on holiday.

Do they want to run this thing again?

The responses were mixed, but before Sunday, if the sentiment of top drivers could be combined and distilled into a single action when asked about Bristol dirt, it would look like an eye roll.

Kyle Busch told reporters before Martinsville that NASCAR should “cut the cord” on the race.

After sliding into his first win of the season and 60th of his Cup career, matching Petty’s record of 18 consecutive seasons with a victory, Busch wasn’t as critical of the event in his post-race comments. He still pointed out some of the difficulties of fighting the heavy stock cars through every lap.

I tend to disagree with Busch’s comments. I like watching Cup drivers tackle the challenge of dirt on a slippery, sliding track in the Next Gen car that’s proving to be extremely versatile. I don’t think it takes the sport backward.

The final stage and race finish were exciting to watch as Tyler Reddick and Chase Briscoe battled approaching the checkered flag, only to crash as Briscoe slid under Reddick and spun them both out.

The drama was dispelled when the two had a calm conversation on pit road after the race as Briscoe interrupted Reddick’s live interview on Fox to apologize. They left things with a handshake, but the lack of punches didn’t diminish the conversations created. Fans in my hotel lobby near the track talked excitedly about it the next day.