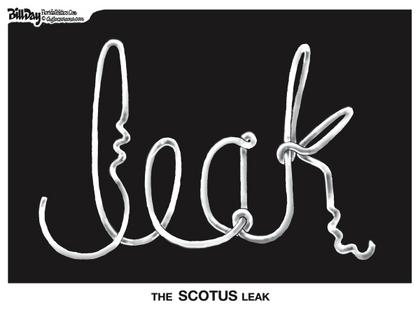 Since the boys’ father, San Francisco fisherman Giuseppe, considered baseball a “a bum’s game,” Rosalie covered for the Vince, Dominic and Joe Jr. so they could practice with other local boys. Then and now, the Bay Area was a hotbed of baseball talent that included Barry Bonds, Billy Martin, Keith Hernandez, Gil McDougald, seven-time All-Star Joe Cronin, and four-time AL batting champion Harry Heilmann.

Around San Francisco, scouts determined that, of the three brothers, Joe had the best bat; Dom, the best arm; and Vince, who wanted to become an opera singer, the best voice. Joe’s baseball achievements are legendary – his 56-game hitting streak, three MVP awards and his nine World Series championship rings. During the streak, the nation was obsessed with whether “Joltin’ Joe” had gotten a hit that day. An Army Air Force veteran, Joe soon became the talk of Hollywood and the national gossip sheets when he married screen starlet Marilyn Monroe.

For years after his Yankee career ended, DiMaggio remained an icon. Paul Simon’s 1968 hit song, “Mrs. Robinson,” contained this lyric which suggested that the nation yearned for the simpler America that DiMaggio represented: “Where have you gone Joe DiMaggio; a nation turns its lonely eyes to you.” DiMaggio’s reaction to the song: “What the hell does it mean?”

Dom, too, is well-known in the baseball world. For a decade, he ably flanked Ted Williams in the Boston Red Sox outfield, and hit with the best of them. An effective lead-off hitter, the “Little Professor,” so called because he was 5’9”, 160 lbs. and wore rimless spectacles, batted .300 four times, led the AL in runs twice and in triples and stolen bases once each. Dom also led AL center fielders in assists three times and in putouts and double plays twice each.

Vince, the oldest brother, had less plate success during his 10-year career, but was more adept with his glove and had a cannon arm. “Joe was a better batter, but I could play rings around him as far as knowledge of the game and plays in the outfield," he once said, immodestly. "I could smoke those throws. If you put a dime on second base, I could hit it from the outfield.”

In 1946, after splitting the season with the Phillies and Giants, Vince hung up his spikes, and meandered from one unassuming job to another – Fuller Brush salesman, milk truck delivery driver, and waiter at the family restaurant, DiMaggio’s Grotto on Fisherman’s Wharf. At the restaurant, customers urged Vince to sing. Without hesitation, Vince broke out in his tenor voice to sing operatic arias or popular love ballads. During those happy moments when Vince crooned to his customers, he rued his decision to play baseball instead of pursuing opera.

Vince, Joe and Dom were distant brothers, and often spent years-long periods when they rarely spoke. In a late-life interview, Vince said, “When the folks were alive, we were a lot closer.”

Rosalie was the DiMaggio family’s unifying force, always looking out for her children’s best interests. In their youth, Rosalie read Bible stories and set a high standard for moral behavior. At Rosalie’s insistence, the family moved from Martinez, Calif., to San Francisco. A school teacher in Sicily, Rosalie knew that the city had better schools; she wanted her children to have good educations, a benefit she knew would pay dividends throughout their lives.

As Joe’s career was peaking, Rosalie traveled by train to New York to watch the Yankees. Once, she caught reporters off guard when she complained that the city was “boring,” and offered little to do.

The truth was that Rosalie missed hearth and home.

Joe Guzzardi is a Progressives for Immigration Reform analyst who has written about immigration for more than 30 years. Contact him at jguzzardi@pfirdc.org.