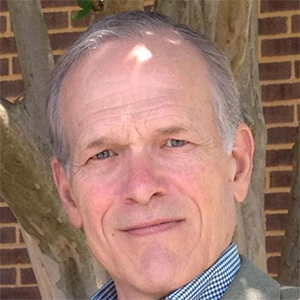 An Old Time (Circa 2019) Christmas in Baton Rouge

Pastor Tony Spell is a man who takes his texts seriously. He believes in the plain truth of the Bible and the First Amendment. And that's why Life Tabernacle Church in Baton Rouge, La. will be having Christmas services as usual this year.

In person. In the presence of God.

Pastor Spell told me this weekend 31 buses from Life Tabernacle will leave the parking lot and bring poor children from an 80-mile radius back to church for a Christmas service and gift-giving event. On a typical Sunday 647 children participate, but Christmas is expected to be much larger since every other church in the area has canceled the celebration of the birth of Christ on orders from Caesar.

These pastors rationalize their weakness and soothe their conscience by claiming "virtual church" is a breakthrough harnessing technology to reach the Body of Christ. The truth is "virtual church" is as worthless as "virtual learning." It atomizes the congregation, leaving it distanced, isolated and abandoned.

In a shocking testimony of just how pastors have failed their flocks, a Parade magazine poll found only 9% of Christians plan to attend Christmas services.

Many pastors outsourced the defense of their rights and hired lawyers to convince judges to allow them to do what Christ has commanded. California's John MacArthur, who began the year by complying with the Flu Fuhrers, finally had enough and reopened his church. There are other isolated outbreaks of Christians standing up to Caesar, but most pastors are happy to keep their heads down, embracing meek and mild.

Meek doesn't come to mind with Pastor Spell. He's willing to pay the price for his refusal to bow to Caesar.

The chief of police arrested him in front of the entire Life Tabernacle congregation last March when he refused to close the church. Since then Pastor Spell been arrested or given a summons a total of 33 times. "I keep the paperwork framed on the wall of my office," he said.

One Sunday Spell stepped from behind the pulpit to reveal the ankle monitor a judge forced him to wear when he was sentenced to house arrest. That defiance earned him an arrest warrant for contempt of court.

Sentenced to 90 days in jail for the offense, Spell asked to preach one more Sunday before going to prison. The judge agreed and then backed down. He claimed since Pastor Spell was no doubt exposed to the Flu Manchu from all his unauthorized preaching, the judge didn't want to risk exposing convicts to this one-man disease vector.