Some free speech warriors defend only speech that they like 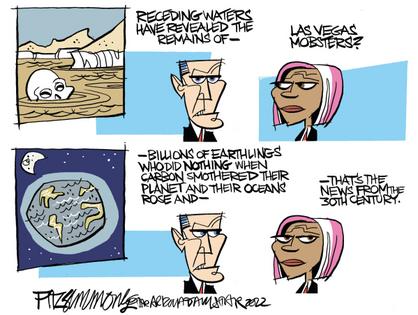 I did go to law school, passed the Bar on my first try and have been practicing law since 1987 (give or take a few years when I detoured to teaching languages) but I don’t have the gravitas of many of these keyboard warriors who know one thing for certain: Elon Musk is a fascist.

Up until quite recently, very few would describe the founder of Tesla as a totalitarian overlord. He was considered a progressive darling who had electrified (pun intended) the world of technology by introducing a rechargeable car. Climate activists were delighted at the prospect of limiting pollutants caused by fossil fuels. Tech geeks, most of whom live in a liberal bubble, were thrilled that one of their own had become, arguably, the richest man in the world. People who hate real names were intrigued when he named his son after an algebraic equation. Everyone to the left of Megyn Kelly (which is a lot of people) loved Elon.

But then he decided to buy Twitter, motivated by the tech giant’s biased view of “free speech,” and the progressives turned on him. They apparently had no problem with censorship, as long as they hated the people being censored. Many of these pretend constitutional scholars of social media also went into action, saying that since Twitter was a private company, it had every right to kick off people it didn’t like.

If I had a penny for every time someone parroted the googled line “The First Amendment only applies to the government!” I myself would have been able to purchase Twitter. These con law experts don’t realize that when a private company becomes so big and omnipresent that it essentially becomes the marketplace of ideas, it acts very much like a governmental entity. If it monopolizes a certain form of speech, it can be argued that it acts like a quasi-government when it squashes certain forms of dissent.

Beyond the gotcha mantra of “if it’s a private company it can censor all it wants” (no, it can’t) there is the irony in liberals being so reflexively devoted to censorship when they were the ones who gave us the Free Speech movements of the 1960s. Progressives have always aligned themselves with free speech absolutism. The greatest example of that is the American Civil Liberties Union defending the rights of Nazis to march through Skokie, Ill., a town with many Holocaust survivors. The whole “I hate what you say but I will die defending your right to say it” was embodied by that act.

Now, the same folks who used to think that the way you combat speech you don’t like is with speech that you do, want to strangle dissent. Eliminate it. Call it hate speech. Flag it for punishment. Shadow ban it. Vilify it. Criminalize it. All fine, all okay.

And that’s why they think Elon Musk, one of the world’s greatest capitalists, is a fascist. He’s messing up their crusade to muzzle the world that disagrees with them.

A lot of folks who think they understand the First Amendment are attacking Florida Gov. Ron DeSantis for signing a law which strips Disney of some exceptional privileges granted to it over a half century ago. Yes, those privileges also helped the people of Florida by keeping their tax burden down. Yes, those privileges had a legitimate reason to exist. But the emphasis is on “privileges,” not “rights.” And those privileges were not just limited to Disney. Other communities benefited from the self-governance provision.

Disney isn’t being told it can’t operate in Florida. It’s being placed back on the same level as everyone else, or as esteemed (and real) constitutional scholar Eugene Volokh notes, “this is an extraordinary status that Disney got because it was Disney, and withdrawing that status would simply put Disney in the same position as other companies in that geographical area, and the bulk of other companies in Florida.” And if you’re really hung up on the speech aspect, realize that this law impacts every other district that was created, and given those special privileges, so it’s technically content neutral.

But liberals don’t see it that way. Even some conservatives are up in arms about it, but they’ve generally been consistent with their constitutional critiques. Progressives, on the other hand, read their Bill of Rights through Bernie Colored Glasses, and seem to only be upset when the rights being infringed upon belong to people who vote the way they do.

Whether it’s Elon the Fascist or Mickey the Freedom Fighter, the advice from the social media lawyers is worth about as much as their virtual degrees. But I’m sure Becky in Des Moines can get you some great medicinal brownies.