The Anti-Abortion Movement is on the March 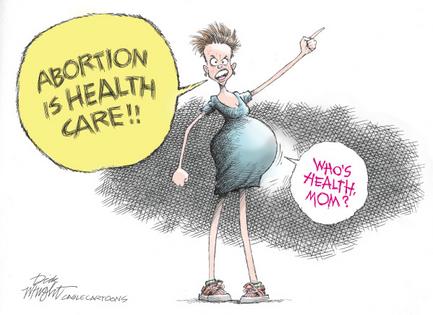 I remember when people were poring over photographs of President Trump’s inaugural back in 2017, trying to disprove his theory that it was the largest crowd in history. Clearly, it wasn’t. It wasn’t even close, which didn’t particularly bother me in the least. I was never one of those ladies who thinks size actually matters.

But I changed my mind after I saw the photos from the recent PA March For Life, which took place last week in Harrisburg, Pa. It was the very first time that Pennsylvanians gathered together to express their support for the voiceless, and it was an overwhelming success. Even I, who’ve attended other pro-life rallies and been disappointed at the turnout, was awestruck by the seemingly endless crowds of people massed together in front of the state Capitol.

This was not a photoshop. This was an actual, palpable measure of the passion on the pro-life side of the divide that separates the humane from the narcissistic, and it clearly had an impact. Almost immediately, the abortion advocate who for the past eight years has masqueraded as governor tweeted out this message:

“Today’s ‘March for Life’ in Harrisburg is just an anti-woman rally by a different name. They want to remove health care options during pregnancy — a time when so many already can’t access life-saving care. I’ve vetoed three anti-choice bills. I’ll veto any others that come to me.”

I re-read that tweet several times, and while it angered me (as pro abortion propaganda always manages to do) I also found myself chuckling at the typical logic of Tom Wolf. He suggests that abortion is a “health care option” during pregnancy. It’s kind of like saying a bender is a “health care option” during rehab. The disconnect is glaring. Abortion terminates pregnancy. Getting smashed ends sobriety.

In neither case would these alternatives be considered “health care options,” unless you’ve got a sadist for a doctor and a masochist for a patient.

The language of the left is unraveling, as well as their narrative that the country supports liberal abortion rights. In fact, they aren’t even content to let the Supreme Court do their dirty work for them anymore.

Fearful of the prospect that a majority of the justices might finally overturn Roe, those in positions of authority have decided to codify the right to an abortion. The same week that Pennsylvanians told their lame-duck governor what he could do with his veto, Democrats in the U.S. House voted overwhelmingly to allow women to have an abortion up to the moment of birth. They call it the “Women’s Health Protection Act.”

I call it dead in the water, because there is no way that they are going to get enough votes in the Senate to turn this sham of a reactionary bill into law. They know that, of course. They don’t care, just as Tom Wolf doesn’t seem to care that a once silent majority of Pennsylvanians think he’s one step removed from Sweeney Todd.

I say “once,” because that display on Monday proved that the anti-abortion movement is growing in strength, influence, and acceptance. The momentum is with us, which is why the other side is ramping up its efforts to make us look like extras from “The Handmaid’s Tale”.

The PA March for Life was not a one-off event, nor was it the last gasp of a movement that swallows the line that most Americans want to keep abortion legal. In fact, a recent Marist Poll found that only 27% of Democrats believed that women should be able to have abortions at any point during the pregnancy. When you’ve lost the Dems, you start rage tweeting.

And yet, the House just passed a bill that would allow women to abort their babies up through the ninth month, if they could prove that their health would be negatively impacted by the birth. That includes “emotional” or “mental” health, which takes the ruling in Roe’s companion case, Doe vs. Bolton, and makes it statute.

Again, that bill won’t make it past the House. It will be like that “lonely old bill” sitting alone (and singing) on Capitol Hill from that School House Rock cartoon in the 1970s. And there’s a pro child majority on the Supreme Court. And the law in Texas is, in fact, the law for the foreseeable future. And Amnesty International is filled with hypocrites. And Tom Wolf is a lame duck. And … science.

This time, you can believe the photos.