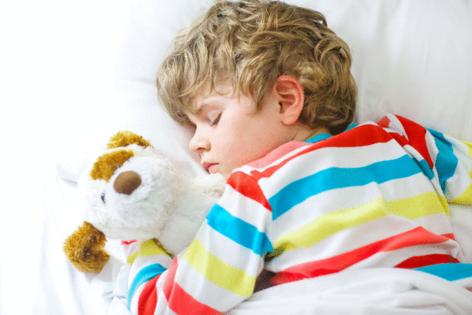 Regular readers of this column are no doubt familiar with my imaginary friend, The Doctor. I often call upon him to solve behavior problems of various sorts concerning young children. Well, The Doctor has done it again! This time with what many mental health professionals would call separation anxiety.

The child in question is a boy, age 5. His mother attended a talk I gave recently and shared this story with me. With her permission, I am passing it along. She asked only that I change her son’s name, so for our purposes he will be "Georgie."

For some time, Georgie had been having a problem with separation from his mother. Every time she took him to his preschool program, for example, Georgie had a major meltdown. Like, MAJOR. He would become hysterical. Otherwise, mind you, Georgie was a normal kid in all respects.

Shortly before his fifth birthday, Georgie’s mom read a column of mine in which I described one of The Doctor’s miracle cures. She promptly decided to ask The Doctor to make a house call.

The afternoon following one of Georgie’s meltdowns over being taken to his preschool program, his mom sat him down and told him she’d talked to a doctor about his problem. The Doctor, she said, was concerned and told her Georgie was throwing “Don’t leave me!” fits because he wasn’t getting enough sleep.

Mom said to Georgie, “The Doctor said children your age throw tantrums over stuff like that because they need more sleep. He said that on days when you have a fit when I drop you at school, you have to go to bed early, right after dinner, so you get the sleep you need. The Doctor says so. You had a fit this morning when I took you to school, so you have to go to bed early tonight.”

As promised, Mom put Georgie to bed early. After about 45 minutes of howling, screaming, crying and pleading, he fell asleep. The next day, when his mom took him to his preschool program, Georgie got out of the car and walked right in, with nary a backward glance. And Georgie hasn’t had a problem with separation since.

It’s fair to say that if Georgie’s mom had sought help from a mental health professional, there is considerable likelihood that Georgie would have been diagnosed with separation anxiety disorder. Said professional might well have taken Georgie into talk or play therapy to (supposedly) help him work through the supposed “issues” that were causing the problem.

It’s anyone’s guess as to how much time and money this process might have taken, and whether it would have succeeded at all.

Q: I’m a single mom who works from home. At noon, I pick up my 5-year-old from half-day kindergarten. Because I’m unable to pay attention to her while I’m working, she wants to watch television for the rest of the ...Read More

Q: Getting my daughters, 15 and 13, to pick up their clothes from the floors of their rooms requires constant nagging from me. I’m at my wits' end. Please help me out with this. It’s driving me slowly insane.

Q: My grandmother maintains that her children – my mother and her two siblings, all born in the 1950s – were completely toilet-trained at 18 months. Her terse explanation: “I just gave them proper instruction.” My ...Read More

Q: Our 15-year-old son has pronounced mental health issues. He deals with multiple anxieties and depression, and he is painfully shy. You seem to believe that psychological therapy is of questionable value and even ...Read More

When America’s mental health industry sees the opportunity to broaden its influence, it pounces. If said opportunity presents itself in the form of odd behavior on the part of certain children, the first thing the ...Read More

I guess we need some rules around here, beginning and ending with, “Don’t make Santa Claus into a boogieman.” I know him personally, and he’s the most gracious and loving human being ...Read More