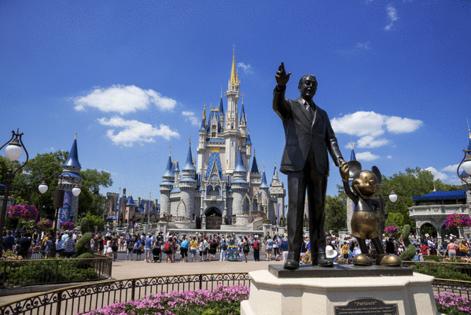 Q: We see my husband's 9-year-old son every other weekend and two weeks in the summer. He has major issues in school with both behavior and doing his work. He's well behaved when he's with us, but his mother lets him get away with a lot. Also, she thinks teachers should punish for school problems and she should punish for home problems (but she doesn't). We have planned a trip to Disney World and have told Charlie that if he doesn't do his schoolwork between now and then, we will not give him spending money for the trip. He did his work for a week, then stopped. Now we're second-guessing our decision. What do you think?

A: My general rule is when divorced parents do not agree on disciplinary matters, the noncustodial parent (NCP) should not discipline for behaviors/problems that only occur while the child is in the care of the custodial parent (CP). The rationale is practical, not psychological. In a situation of this sort, punishment meted out by the NCP is not likely to have any lasting positive effect and may cause the child to begin resisting visitation. The CP may also seize the opportunity to "score" with the child by compensating for, and thus effectively neutralizing, the NCP's discipline. Under the circumstances, the original problem may well worsen.

Let's say you follow through with your original plan and give Charlie no spending money at Disney World. When he returns to his mother's, she makes it up to him by taking him on a relatively lavish shopping spree. Ultimately, Charlie is rewarded for not doing well in school. Then, with his mother's subtle (or not-so-subtle) encouragement, he begins resisting visitation. Suddenly, despite the undeniable fact that you have Charlie's best interests at heart, you are the villain in an unfolding soap opera that has the potential of spiraling quickly downward. In the end, Charlie is the loser, big time.

So, when you arrive at Disney World, just give Charlie a reasonable amount of money to use as frivolously as he chooses. Don't even say, "We've changed our minds." Just give it to him. Do all you can to create a family experience that will forever stand out in Charlie's memories of his childhood. Disney World, after all, is not the place to make an issue of things that have happened in the Real World.

When divorced parents agree on childrearing matters, then I encourage a tag-team approach to discipline. It should be limited to major behavior or school performance problems and only be employed upon request of the parent in whose "territory" the problem occurred or is occurring. In the above example, if Charlie's mom had requested of her ex that he follow through with certain consequences when Charlie fails to do his work in school, it would be appropriate for him to do so (but it is also his right to refuse). As do all children in all family situations, Charlie needs to hear the same message from every significant adult in his life. But again, I wouldn't deliver the message at Disney World.

Q: Our sons are 6 and 4. When their same-age cousins come over, they all go down into our basement to play. Invariably, within 30 minutes, my youngest comes upstairs crying because his older brother is causing the cousins ...Read More

America entered what I call the Age of Parenting Enlightenment around 1970. That was the year, or thereabouts, when parents stopped listening to their elders about childrearing matters and began instead listening to people...Read More

A recent online article concerned a mom who refused to pay her teenage daughter for doing household chores. A poll of readers found that an overwhelming majority of them agreed with the daughter.

Paying a child for ...Read More

Psychologist, author and professor Russell Barkley, widely regarded as one of America’s leading ADHD experts, used to be (and for all I know may still be) fond of ridiculing me in his public presentations, claiming that ...Read More