The many monkey wrenches of 'parenting' 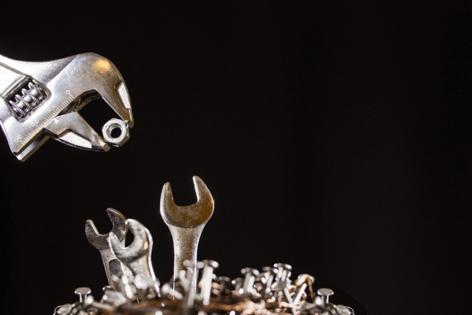 America entered what I call the Age of Parenting Enlightenment around 1970. That was the year, or thereabouts, when parents stopped listening to their elders about childrearing matters and began instead listening to people with capital letters after their names. The people in question were enlightened, supposedly, by having attended graduate school, and in their enlightened state of mind they leaned on a different word: parenting.

The reader may have noticed that the acronym for Age of Parenting Enlightenment is "APE." Indeed, the new breed of professional parenting pundits proceeded to toss one monkey wrench after another into mere everyday childrearing, complicating something no one had ever thought was complicated and making monkeys out of parents in the process.

They tossed a monkey wrench into toilet training by telling parents to watch for bogus readiness signs and advising that toilet training not begin until well past the second birthday. Today, what once took a week takes months, even years in some cases.

Parenting experts emphasized the importance of talking to children about their feelings, and so parents began doing exactly that. Now, some children’s feelings have blotted out their ability to think straight, and child mental health is worse than it was when parents regarded much of a child’s emotional output as hyperbole and told him so, as in, “I really think you’re making a mountain out of a molehill.”

The enlightened ones also recommended that instead of punishing children for misbehaving, parents should talk to their kids about making good choices instead of bad ones. As evidenced by the behavior of children worsening as “talking discipline” has taken the place of letting children know that misbehavior has a price, that too has proven to be yet another professional monkey wrench.

The enlightened ones told parents and teachers to do everything possible to produce high self-esteem in their children. As adults began acting like everything children did was worthy of merit, child achievement levels began to plummet and continue to do so. Why do your best when everything you do is just peachy and you’re going to get to do the test over anyway?

At the behest of the enlightened ones — most of whom, like yours truly, were psychologists — parents began placing more emphasis on having wonderful relationships with their kids than on providing their kids with proper leadership. As a consequence of putting cart in front of horse, parent-child codependency is the norm in today’s families.

Taking all these monkey wrenches into consideration, the motto of the child mental health professions should be: “If people will buy it, so what if it doesn’t work?”

A recent online article concerned a mom who refused to pay her teenage daughter for doing household chores. A poll of readers found that an overwhelming majority of them agreed with the daughter.

Paying a child for ...Read More

Psychologist, author and professor Russell Barkley, widely regarded as one of America’s leading ADHD experts, used to be (and for all I know may still be) fond of ridiculing me in his public presentations, claiming that ...Read More