Keep kids away from screens as much as possible 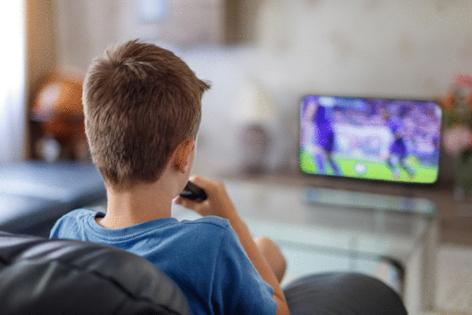 Psychologist, author and professor Russell Barkley, widely regarded as one of America’s leading ADHD experts, used to be (and for all I know may still be) fond of ridiculing me in his public presentations, claiming that I believe television causes ADHD. Of course, I never said any such thing.

I maintained, and still do, that spending three to five hours a day watching television — the average for American children — negatively affects brain development. That doesn’t fit the official narrative concerning ADHD; therefore, Russell Barkley mocks me. (It is significant to note that Barkley reportedly is or was on the payroll of several pharmaceutical companies.)

Around 1980, I proposed that the constant flicker of a television screen can disable a child’s ability to sustain focus on an unchanging visual field (e.g., a book), which is why, pre-television, ADHD symptoms were rare. Since, as research verifies, a short attention span is associated with impulsivity, a child who spends a disproportionate amount of time in front of a flicker-box is at increased risk of behavior problems.

Apparently, Barkley would get lots of laughs from his audiences with his mockery, which included disingenuously using my name and the word “Scientology” in the same sentence. Never mind that solid research has found that consuming television at the rate typical of the average American child is highly associated with certain diagnostic features of ADHD (precisely what I proposed around 1980).

Screen-based media have proliferated over the past 20 years or so, and their ubiquity in the lives of children is looking more and more problematic. In recent weeks, for example, the media has been abuzz with stories of so-called “Tik-Tok brain,” which researchers are saying is a verifiable neurological condition induced in teenagers — girls, primarily — who are obsessive consumers of the popular social media site.

So, screen-based media can instill measurable changes to the still-developing (i.e. vulnerable) brains of children and teens, changes that lead to problematic behaviors.

When I first proposed my hilarious theory, televisions were the only screens in children’s lives (if one doesn’t count Etch A Sketches). Now, and even from early ages, children have smartphones, personal computers, tablets and video games. And they still sit, mesmerized, in front of the flicker-box for around 25 hours a week, which is 1,300 hours per year, which is more than 5,000 hours before they come to first grade.

Women who taught grades one through three in the early-to-mid-1950s, before television became a fixture in the American home, have unanimously told me that “we didn’t have this problem,” meaning ADHD, which is why one teacher could successfully control a first-grade class of as many as 95 children back then. No, I’m not kidding. This was Allentown, Pennsylvania, in the mid-1950s.

One doesn’t have to be a rocket scientist to put the facts together. First, researchers have discovered that screen-based devices can induce measurable changes to the vulnerable brains of children and teens. Second, prior to the near-universal appearance of television in the home, ADHD symptoms were a rarity in the American classroom. Third, as screen-based devices become increasingly common in the lives of children, so do mental health problems.

Conclusion: As much as possible, keep kids away from screen-based devices. Brilliant!