Parents should trust teachers over kids 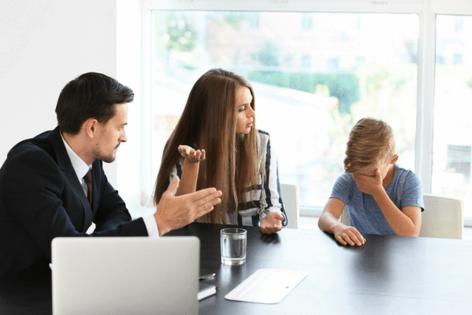 If the following testimony from a thirty-eight-year veteran of the teacher wars was a one-off, it could be dismissed, but the sad, sad truth is it is but one of hundreds of such teacher testimonies I have obtained over the course of my career.

She reports: “I have often had a student, while in class, surreptitiously text a parent about a poor grade without discussing the matter with me first. Then I would receive an angry phone call or email from the parent accusing me of treating her child unfairly, or a request from the counselor for a meeting with the parent. ‘My student is an A student, so if she isn’t getting an A in your class, you are not doing a good job’ is one of my favorite lines, heard many times. On numerous occasions, parents would accuse me of lying when my explanation of a situation contradicts what their children have told them.”

One indication that I’ve stepped on a parent’s toes with something I’ve said in this column is the accusation that I engage in “golden age thinking,” by which my antagonist means I idealize the childrearing of a bygone era. So, without apology, here comes more indication of my supposedly unreliable memory.

When fellow boomers and I talk about the sort of parenting phenomenon reported by the above veteran, we agree that it “never” happened during our school days. I put quotes around “never” because I will yield to the likelihood that it happened once in a very blue-green moon.

So when a teacher said one thing and a student said another, the pre-enlightened parent believed the adult. What a concept!

Take my parents, for example (and they seem to have been typical). When a teacher reported delinquency of one sort or another on my part (I was not an easy child), and I attempted to set the record “straight,” they immediately interrupted with, “We don’t want to hear your side of the story. We’ve heard all we need to hear.” And that was that.

A parent once told me that she came to her child’s defense concerning school matters because she "loves him.” Sorry, lady, but that’s not love in the least. That’s enabling, and enabling is a mere facsimile of true love. Giving your child license to falsely accuse teachers of unprofessionalism is an abdication of parental responsibility. It is cruel. It is borderline sociopathic. There is no rational justification for it. I trust I’ve gotten my point across.

More often than not, if a child is guilty of misdeed, and a teacher handles the situation in a way that wasn’t abusive but could have been improved upon, the parent should still support the teacher. Perhaps the parent should provide the teacher, privately, with some helpful counsel. But the child in question needs to know that adults stick together.

When dealing with children, one must always keep in mind that when a child claims to have been treated “unfairly” by an adult, it usually means either (a) he didn’t get his way or (b) he didn’t get away with “it,” whatever “it” was.