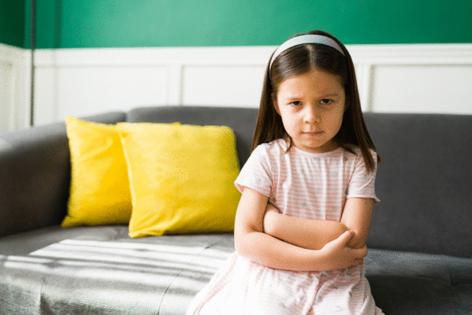 A: Let her vent! She may have a “bad attitude,” but she does what she is told. She’s just being petulant, which in this situation doesn’t qualify as misbehavior. It’s mere childishness. In fact, I would predict that if you began punishing her petulant outbursts, she might swing true rebellion. Count your blessings and leave this issue alone.

Q: I am a stepmother to three girls — ages 9, 10 and 11. My husband has custody. At our house, the kids have chores, rules and consequences if they break the rules. When they go to their mom’s house, however, everything we try to teach them goes out the window. She has actually told them to lie to us, she has slept with her boyfriend while they are with her, buys them nearly everything they want and so on. How do we combat this and not look like parenting Nazis?

A: The way to deal with this is to be true to your values and persist tenaciously in doing what you know is right. You cannot influence what goes on at their mother’s house, and if you make it your project to compensate for it, you may create problems and solve none. When a divorced parent (with or without a stepparent) raises children with a constant eye on what the ex-spouse is and isn’t doing, the divorced parent quickly loses a sense of clear direction. The children, furthermore, almost inevitably feel themselves to be in the middle of an unstated, ongoing conflict between their parents. They’re likely, under the circumstances, to become angry and manipulative — a most undesirable combination. Do what you know is right, with a blind eye to the wrong.

Q: When I told him I was about to begin toilet training my 20-month-old daughter, my pediatrician said she was too young and recommended I hold off until she’s at least 2-and-a-half. I’m interested in your opinion. I’m going ahead with it, by the way.

A: Good for you! The proper “season” for toilet training is between 18 and 24 months. In the 1950s, when training was still being done within that window, nearly 90% of children 24 months of age were fully trained and accident-free (study done by Harvard and other prestigious institutions). The longer a parent waits past 24 months to begin training, the more problems the parent is going to have. That’s clearly verified by the number of parents today who are waiting and then experiencing toilet training wars of one form or another. Obviously, your common sense is your best parenting asset. Keep on rockin’ in the free world!

I grew up in the “You’re Making a Mountain of a Molehill” era, also known as the Age of “Children Are Starving in (fill in the blank with some remote place)," and by golly, I’m a better person for it!

Q: My best friend’s 6-year-old daughter is an only child and a spoiled brat. She screams at her parents when she doesn’t get her way, always wants to be first at everything and is extremely bossy with other children. ...Read More