Cure for a kid who hits 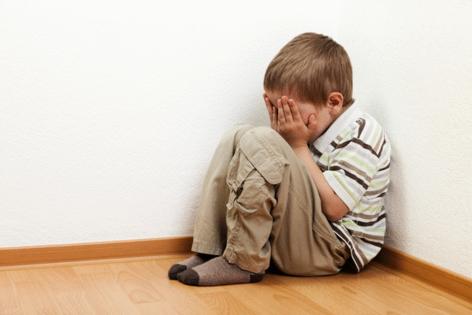 A 4-year-old – I’ll call him Popeye – had a habit of hitting other children in his preschool program. His teachers tried various approaches, including rewarding him with a treat on days when he didn’t hit. That backfired, as such silly approaches to discipline nearly always do.

At wit’s end, Popeye’s mom asked my advice, which I gave as follows: When Popeye hits, his teacher is to immediately remove him from class, take him to a neutral “holding zone,” and call Mom. As soon as she is able, Mom is to retrieve Popeye from school, take him home, confine him to his room for the remainder of the day and put him to bed immediately after supper. During Popeye’s “rehab,” his parents cleanse his room of entertainment.

Several weeks into the plan, I received an email from Mom who told me that Popeye’s hitting had all but disappeared. However, when Mom told Popeye’s teachers what I had recommended, they expressed disapproval, saying they were sure Popeye didn’t mean to hit other children. His hitting was “impulsive,” they said, “not deliberate,” and he should not be punished because “he can’t help it.”

So instead of calling Mom when Popeye hits, they inform her of any incidents at pickup. If Popeye has hit someone, Mom takes him home, confines him to his room, and puts him to bed immediately after supper. The teachers don’t know what Mom is doing because she is convinced, and probably rightly so, that if they knew Popeye’s evil mother was inflicting psychological abuse upon him in the form of room confinement, they would not give her accurate information.

Actually, I accept the teachers’ belief that most of Popeye’s hitting is impulsive. That goes without saying. Nonetheless, they are wrong to think he should not be punished. The only way a child learns impulse control is to be punished when his lack thereof produces an antisocial behavior, and let’s face it, there are few things more antisocial than hitting.

The punishment, furthermore, must be discomforting because discomfort is highly motivating. Nothing less will cause the child in question to exert the necessary effort.

Toddlers are antisocial behavior factories. They hit, bite, scream, openly defy authority, snatch things out of other children’s hands, bop other children over their heads with the things they snatch, and so on. It could be argued that nearly all toddler misbehavior is impulsive, not “deliberate.” But children, even young ones, can and do learn to control impulsive behavior. They simply need adults to motivate them to do so.

Popeye was in danger of becoming the victim of well-intentioned but enabling adults. Instead of supporting his rehabilitation, Popeye’s teachers made excuses for him. Had their point of view prevailed, he would have been denied the opportunity to develop self-discipline and improve his social relationships. He might still be hitting five, even 10 or more, years from now.

Good for Popeye’s mom that she went ahead and did what is necessary to bring his antisocial outbursts to a halt. Let’s all pray the teachers don’t find out that Popeye’s mom refuses to become an enabler of perpetual toddlerhood.

What is “gentle parenting”? It did not take much investigation for me to conclude that it is merely a rebranding of the same old, same old parenting babble that America’s mental health establishment has been grinding...Read More