Psychological parenting is a prescription for enabling 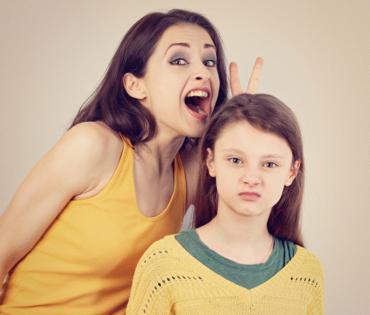 A: Answering your question requires that we first unpack the word “parenting.” The definition is simply “what parents did not do before the 1960s,” which is when parents began putting children at the center of attention in the family and worrying about how they felt concerning nearly everything. Prior to that tumultuous decade, children — me, for example — were simply raised, synonyms of which are "reared" and "brought up." Since then, children have been “parented.” Paradoxically, many of them have been parented by people who were simply raised, which attests to the power of the media.

Pre-1960s parents were focused on preparing children for functional citizenship, period. They were not trying to make their children happy, nor were they promoting high achievement. Ironically, if suicide is a fairly reliable indicator, child mental health in the age of mere child-rearing was 10 times better than it is today. In my high school, for example, I knew of no one who was seeing a therapist. Today, a high school kid who’s NOT seeing a therapist must have something wrong with him.

Having polled several thousand people my age on the subject, I can truthfully say that pre-1960s parents did not give much of a hoot how their children felt about anything. No one I have polled remembers having a “How do you feel about this, Johnny/Joanie?” conversation with their parents — ever. And yet we were much, much, much more emotionally resilient than today’s typical teenage snowflakes.

In the late 1960s, American parents began listening to mental health professionals — psychologists, mostly — tell them how to raise children. Quickly, mere child-rearing became parenting, and everything began going to the proverbial dogs. Mostly, mothers became obsessed with their kids. Today’s married mother thinks of herself as a single parent. Her husband, the children’s ersatz father, puts off nothing but white noise in the background.

For some strange reason future historians will ponder endlessly, today’s parents want to be liked by their children. People my age laugh and scoff at this because we know that there is nothing more demeaning to an adult than the desire to be liked by a child. Laughter and scoffing aside, however, it’s tragic and often ends tragically. For example, a child who lacks any respect for adults doesn’t know how to act like one.

Sorry to be so gloomy, but you asked.

It seems to be generally true that as one gets older, the habit of reminiscing develops. Looking back seems to be a function of getting closer to the final curtain. The closer the latter, the more of the former in which ...Read More