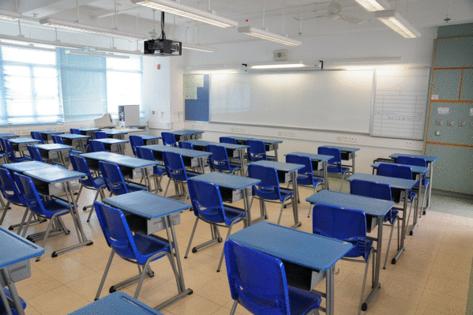 Students who applied with a binding early decision admissions program will be notified between now and the end of the year. My advice is to soak up the acceptances, celebrate a little, but don’t chill out too much.

A study from the National Association of College Admission Counseling (NACAC) found that almost one-quarter of colleges revoked an offer of admission. The most common reasons cited were: inconsistent grades – 65 percent of students were impacted by senioritis; disciplinary issues – 35 percent of students were found to have participated in questionable behavior and dishonesty – 29 percent were found to have provided false information on their applications. Wow, that’s sobering.

When there’s been “bad behavior,” how do colleges find out?

You guessed it … social media and reports from other applicants. It’s unfortunate that college admissions has become so competitive that it is typically parents (even a little sadder) who are reporting this bad behavior. I’m guessing it’s that these “snow-plow parents” – are trying to remove every obstacle in the pathway that might prevent admission to Prestigious U for their children. So, tattling on some other student who is vying for an admit to the same school where their children have applied is fair game. That’s a very sad commentary on today’s competitive college environment.

Most college admissions offices don’t have the time to be out there sleuthing around, but when they are alerted to a potential issue, they will search Twitter and Facebook. A number of years ago, a student’s offer of admission was revoked at Pitzer College. It was learned that the applicant had posted negative and harassing comments about a teacher on Facebook. The admissions committee felt that accepting that student was just too risky.

Assuming it is not a behavior/social media post or comment that sparked the ire of the admissions office, it is far more typical that a student whose admission was revoked, had started sliding academically. The acceptance letter very clearly states that this early decision was based on the commitment that future academic performance will be consistent with past performance.

I once worked with a student who was accepted via single choice early action to an Ivy League school. She had been very successful in her freshman, sophomore and junior years in high school and never had a single B. She did receive a B in one course her first semester senior year. The colleges were notified because they receive what’s called a mid-year report. All was well, but she received three B’s in her second semester senior year, because she had gotten involved in the theater department; it was something she’d always wanted to do, but was never able to find the time.

In July, when she was traveling internationally, she received a voice mail from the admissions office, saying that they were concerned about her final grades. Due to time differences and normal summer unavailability, it was a month before she was able to connect with the admissions officer. She was a nervous wreck because she didn’t know if she was going to be allowed to attend or if there were consequences, etc. It all ended up fine, but it convinced me that many schools are vigilant about following up on mid-year grading reports as well as end-of-year grading reports.

I’ve also always thought that colleges want to keep high schoolers on their toes and so revoking an acceptance for any reason gets passed around a high school very quickly and smartens up the juniors about to enter the college admissions process.

Of course, when it comes to college applicaitons, there are still a bunch of December stragglers. However, most students have written all the college application essays they’ll ever care to brainstorm, write and edit ...Read More

Do colleges and universities care how much you want to attend their school?

D. All of the above

The answer is D. Some schools care a whole lot. For others, it is “considered” in the ...Read More

The annual college-to-home migration has already begun, but parents often find themselves in a purgatory space not knowing how to deal with their children.

Don’t assume the answer is no. You might be pleasantly surprised by a financial aid package.

One of the biggest mistakes many families make is assuming they won’t receive any aid from colleges and universities. ...Read More

Students being interviewed either by alumni representatives, scholarship committees or an admissions office need to walk a very fine line between being prepared and being rehearsed.

Applications are submitted and for some, it’s now time for interviews.

The first thing we need to do is to shake up your image of the stereotypical elderly, tweed-jacketed, pipe-smoking, bespectacled, cranky ...Read More