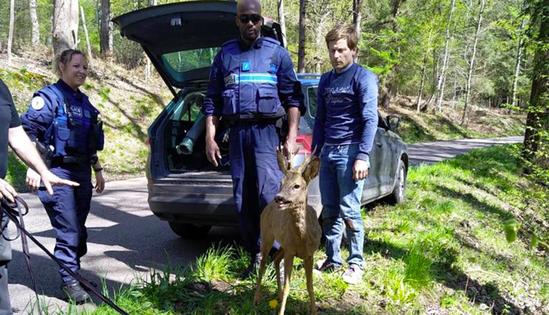 (UPI) Wildlife experts in the Normandy region of France are warning members of the public to beware of an unusual problem: "drunk" deer running amok.

The 30 Million Friends Foundation, a French animal rescue group, said deer in Normandy have been known to over-indulge this time of year on spring buds that are loaded with sugar that ferments in the animals' stomachs, making them "drunk" in the same way as if they had consumed alcohol.

The group warned members of the public to keep a safe distance from any deer that appear to be acting strangely.

Firefighters in Rouen rescued a deer May 3 that fell into the Seine River while apparently intoxicated, and rescuers were recently called to rescue a deer in Vernon that was found in an intoxicated state in a garden near the town center.