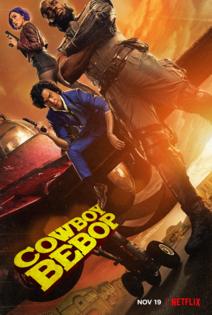 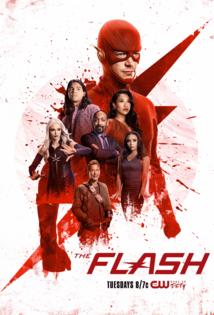 Last week was a big week for genre TV premieres. Let’s get started:

The CW’s “The Flash” started its eighth season with a five-part story called “Armageddon” on Nov. 16, which will run Tuesdays until Dec. 14. Then the show takes a hiatus until March 9.

What’s “Armageddon”? Fans have been wondering about that since the title was announced, because they knew what it wouldn’t be: the DC Comics crossover event called “Armageddon 2001” that ran in … yes, 2001.

“Armageddon 2001” will not be adapted, ever, because it is one of the most loathed events/crossovers in DC Comics history. The reason it’s so despised is DC changed the ending when fans found out about it … and did a dishonest job.

Here’s the deal: Fifty years in the future, “Armageddon 2001” #1 revealed, Earth is a dystopia ruled by a tyrant named Monarch, whose identity is unknown except that he was once a superhero who went bad and killed all the other superheroes before conquering Earth. A scientist, Matthew Ryder, comes back to our time to figure out which superhero becomes Monarch — and to kill them before that happens, thus saving the future.

(Try not to think about it.)

Anyway, Ryder is changed into living temporal energy on his time-travel trip and can use his newfound state to read the possible futures of whomever he meets, which is extremely helpful in finding out who will become Monarch. What a lucky development!

So the scientist, now called Waverider, pops up in most of DC’s annuals that year to examine the superheroes starring in those books.

(Of course, that doesn’t account for the superheroes who weren’t popular enough to have their own annuals. Again, don’t think about it.)

The plan by the writers of “Armageddon” was for Monarch to be Captain Atom, an atomic power-based character DC had bought from Charlton Comics years before, who was the inspiration for Dr. Manhattan in “Watchmen.” He had never really found his footing in the DC Universe, where his niche was already filled by the likes of Superman, Shazam, Firestorm and Green Lantern. He was superfluous, and ripe to be sacrificed for the story.

You know, Hank Hall. Of Hawk and Dove.

There were several problems with that. One, while Captain Atom could plausibly kill most of DC’s superheroes — being a walking nuclear bomb and all — Hawk was just a strong guy, and not a particularly bright one. Killing any superheroes bigger than The Atom was out of his league. Two, DC had been dropping clues as to Monarch’s ID all along, and they all pointed to Captain Atom. Three, Waverider had already visited Hank in “Hawk and Dove Annual” #2 and specifically ruled him out as a potential Monarch. Four, Captain Atom was a major player in 2001, whereas Hawk was the definition of minor league.

Oops! Boy, were readers were angry. And rightly so.

So that’s not what’s going to happen in the TV “Armageddon,” which takes the place of the Arrowverse’s annual crossover, due to COVID-19 restrictions. Instead of crossing over to all the shows, “Armageddon” will take place exclusively in “Flash,” but include guest stars from the other shows, specifically Atom (from “Legends”), Batwoman, Black Lightning, Green Arrow II and Sentinel (from “Supergirl”).

It features a villain named Despero, who has the distinction of being the bad guy in the first issue of “Justice League of America” in 1960. He was just an alien with mental powers then, but over the decades he’s gone through some changes, like swapping brains with a robot for a while, and growing a really powerful body. Despero will look comics-accurate some of the time on TV, but most of the time he’ll look like actor Tony Curran (presumably to save money).

The story will ape “Armageddon 2001” a tiny little bit, in that Despero claims to be from a future where Flash destroys Central City, and he has come back in time to kill the Scarlet Speedster to prevent that future. That’s not exactly Monarch level, and Despero will probably prove to be wrong about who destroys Central City (my money’s on Reverse Flash), but hey, it was a crappy story anyway.

Like “The Flash,” CW’s “Riverdale” will also start its new season with a five-part story that will run the same Tuesday nights, then also take a hiatus until March.

What’s it about? Well, the first episode on Nov. 16 looked a whole lot like “Midsommar.” If you’ve seen that movie, then you know at least one character is going to have a serious heart problem. As in: not having one.

It all takes place in “Rivervale,” which narrator Jughead (as opposed to in-story Jughead, who appears to be a different Jughead) describes as existing “at the borderlines. It's a place of nightmares and dreamscapes, a place where superstition outweighs science, and folklore carries more weight than fact.”

A parallel world, then. One where Cheryl Blossom is a powerful witch, and is doing some bad things, which will attract Sabrina Spellman (Kiernan Shipka). Then, presumably, the reset button will be hit, and we’ll find out how Betty and Archie survived last season’s finale cliffhanger.

Can “Riverdale” get any wackier? Let’s hope so!

Yes, it’s a cartoon wherein a Japanese snow monkey is instructed by the ghost of a dead hitman in the art of exacting revenge on the gangsters who killed the monkey’s tribe. All 10 episodes dropped on Disney+ on Nov. 17.

“Is there really a ‘Hit-Monkey’ comic book?” my partner asked incredulously. “Yes,” I intoned solemnly, but loudly, over the high volume of monkey screeching, gangster screaming and gunfire, as Hit-Monkey slaughtered another bunch of Yakuza thugs. “And Hit-Monkey also teamed up with Deadpool once.”

Which, really, tells you all you need to know. But the comic book doesn’t have the voices of George Takei, Olivia Munn and Jason Sudeikis, so the cartoon wins. If this is a contest, which it’s not.

And it’s a good thing I didn’t, because “Discovery,” which is a prequel to the original “Star Trek,” gives Spock a heretofore-unknown sister, who works on a starship with far more advanced technology than anything Captain Kirk had on the NCC-1701.

With the launch of Season 4 on Paramount+ on Nov. 18, that is no longer a problem. Not because they fixed the continuity contradictions, but because they threw the U.S.S. Discovery 400 years into the future! Now continuity doesn’t matter. Also, it’s taken three seasons, but they’ve finally put star Michael Burnham (Sonequa Martin-Green) in the center chair.

Finally, we can go where no "Star Trek" show has gone before.

“Cowboy Bebop” is a much beloved anime that combined film noir, bebop jazz, Westerns and science fiction. Fans of the cartoon have anticipated Netflix’s live-action adaptation with exaggerated eagerness.

Until the first season dropped on Nov. 19. Now they all appear to hate it.

I’m not kidding. Google it! The reviews are vicious! Which I think must have been written by people who saw the cartoon, and dislike the show because it’s not identical to the cartoon, and because you never love something as much the second time you see it as you did the first.

I never saw the anime, and I like “Cowboy Bebop” just fine. It’s got John Cho at his coolest, Mustafa Shakir at his grumpiest and Daniella Pineda at her funniest. It’s got terrific special effects. It combines different genres and themes into a delightful mosaic. It’s got a great jazz soundtrack. It’s a good show.

Someday I probably will see the anime. And you know what? I’ll probably hate it. Because it’s not identical to the live show, and because you never love something as much the second time you see it as you did the first.

“Blade Runner: Back Lotus” and “Wheel of Time” also debuted last week. But the bottom of the page is coming up fast, so let’s save them for another time.