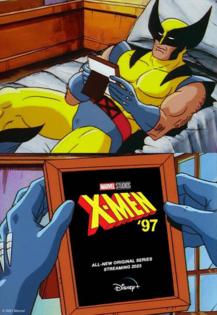 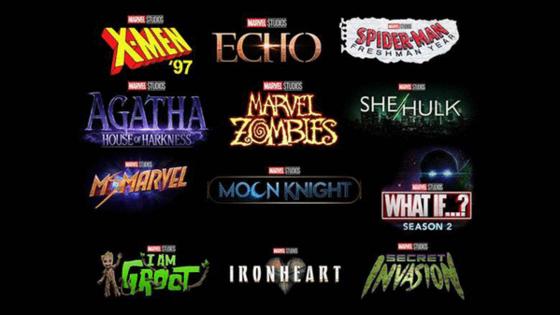 The Disney+ Day Special aired a couple of “She-Hulk” clips, with a green Tatiana Maslany in a comics-accurate purple-and-white outfit. Probably. I say “probably,” because we don’t see her from the front in a Hulked-out state, so that green person might be a stunt woman. Or even a motion-capture CGI affair, like Mark Ruffalo’s Hulk in the Avengers movies. Whoever it is, though, she has clearly been working on her calves!

Speaking of Ruffalo, he’s a big part of the “She-Hulk” clips. That’s appropriate, because in the comics Bruce Banner is directly responsible for his cousin Jennifer Walters’ condition, having given her a gamma-irradiated blood transfusion. That may or may not be the case on TV, but regardless, Ruffalo’s Banner seems invested in helping Maslany’s Walters.

It’s great to see Ruffalo, but his presence isn’t necessary to sell the show. Maslany is more than enough. Anybody who saw her astonishing performance as multiple characters on “Orphan Black” knows what the actress is capable of. I’m delighted to be able to invite her back onto my TV screen next year for the 10 episodes “She-Hulk” is scheduled to run.

We also got a look at “Moon Knight,” starring Oscar Isaac. And if you’re not familiar with the character, the clip’s multiple voiceovers may be confusing.

It’s because Moon Knight has multiple voices. He was originally said to have multiple personality disorder, with at least four personalities at any one time, representing the four phases of the moon. But that’s been revised — and now Moon Knight is said to be brain damaged.

You heard me right. Moon Knight is connected mentally to Khonshu, an ancient moon god, which has resulted in brain damage, which in turn has resulted in multiple personalities. In the clip, Isaac conveys the terror and confusion of the core personality, mercenary Marc Spector, even as one or more of his identities beats the tar out of people.

There are many, many Moon Knight series, so there are a lot of Moon Knight collections, with a whole lot of them called “Volume 1.” It can be confusing. You could play it safe and get the “Moon Knight Omnibus Volume 1,” which collects the first few years of the character’s existence comprehensively. If you want to narrow it down to the character’s best early appearances, I’d go with “Moon Knight Epic Collection Volume 1: Bad Moon Rising,” mostly by Doug Moench (writer) and Bill Sienkiewicz (artist). If you’re looking for more recent awesomeness, reach for “Moon Knight Volume 1: From the Dead” by Warren Ellis (writer) and Declan Shalvey (artist) or anything written by Brian Michael Bendis or Jeff Lemire.

We also got a look at “Hawkeye,” which debuts Nov. 24. The clip is basically an extended car chase, with Hawkeye (Jeremy Renner) and other Hawkeye (Hailee Steinfeld) aiming explosive arrows at their assailants and amusing barbs at each other. I wondered how they were going to introduce the comedic elements so prevalent in Hawkeye comics, and now I know.

While the Avenging Archer has been around since 1964, his best stories are the recent ones co-starring other Hawkeye, Kate Bishop. Start with “Hawkeye Volume 1: My Life as a Weapon,” by Matt Fraction (writer) and David Aja (artist) and go from there.

Next, Marvel offered a clip of “Ms. Marvel,” now delayed until next summer. We see young Kamala Khan (Iman Vellani) in her native Jersey City environment, with her friends. Like in the comics, she idolizes Captain Marvel and … and that’s about all I got out of it. I did like the line “It’s not really the brown girls from Jersey City who save the world” … mainly because Ms. Khan is going to change that perception single-handedly.

This Ms. Marvel has only been around since 2014, and that’s exactly where I’d recommend you start reading her adventures. Her first 11 issues and a one-shot are collected in “Ms. Marvel: Kamala Khan” (2019), mostly by G. Willow Wilson (writer) and Adrian Alphona (artist).

A number of shows were simply mentioned, with no accompanying clip. Which I suppose means we have extra time to do our supplemental reading. Here’s a couple of those:

Evidently, Marvel is going to continue the 1990s X-Men animated series, which was titled, appropriately, “X-Men: The Animated Series.” It ran from 1992 to 1997 and, arguably, made possible the “X-Men” movie in 2000, whose success, arguably again, made possible the Marvel Cinematic Universe.

I had outgrown cartoons when “X-Men” appeared, or so I told myself. But I ended up watching anyway. The main cast included Beast, Cyclops, Gambit, Jean Grey, Jubilee, Professor X, Rogue, Storm and Wolverine, which is a handful. But the show also occasionally tagged in other X-characters, like Colossus and Psylocke. And then there was the army of villains, from Magneto to Juggernaut to the Sentinels.

And it had an extremely catchy theme song, which still inserts itself into my brain now and then. I’d say listen to it on YouTube, but then you’d have it as an earbug for life, and I don’t want to be responsible for that.

And no, despite what you may have heard, Wolverine did not have an Australian accent in “X-Men: The Animated Series.” He did have one, rather mysteriously, as a guest star on “Spider-Man and His Amazing Friends,” and in the animated movie “Pryde of the X-Men.” But by 1992 cartoon Logan was properly Canadian.

The show was popular enough that Marvel Comics adapted it to comics. Which is a weird, ouroboros, snake-eating-its-own-tail kind of thing, with X-Men comics inspiring a TV show that in turn inspired a comic book series — separate from the many X-books that Marvel was already publishing. “X-Men Adventures Season I” ran 15 issues, and was followed by two more “seasons,” each running 13 issues. Only the first series has been collected, in four “X-Men Adventures” trade paperbacks.

The animated series that gave us Peggy Carter (Hayley Atwell) as a super-soldier, and T’Challa (the late Chadwick Boseman) as Star-Lord is coming back for a second season. While the show isn’t based on any specific comics — it’s based instead on the movie continuity — the comic book that inspired the show has some outrageous scenarios that make for good reading.

I mean, who doesn’t want to know “What if Wolverine killed the Hulk?” and “What if Sgt. Fury Fought World War II in Outer Space?” There are also a couple of stories that eventually became canon, like “What if Jane Foster Became Thor?”

“What If” the comic book series has two omnibuses in print.

Speaking of “What If …?” the TV series, one episode featured an Earth overrun by zombies. While once again I have to note the TV and comic book continuities are different, that episode was no doubt inspired by honest-to-Odin comics where all your favorite Super Friends are flesh-eating undead monsters. Unsurprisingly, the first miniseries (“Marvel Zombies,” 2005) was written by Robert Kirkman, who went on to create “The Walking Dead.”

The thing about zombies is that they tend to multiply, and the same holds true for zombie comics. Marvel has published a great many stories of the Marvel Zombies, some of which have been collected multiple times. I’d recommend the “Marvel Zomnibus” or “Marvel Zombies: The Complete Collection Vols 1-3.” Not both, as they overlap a great deal.

The “Special” also announced a second season for “Loki,” plus “Agatha: House of Harkness,” “Echo,” “I Am Groot,” “Secret Invasion,” and the animated “Spider-Man: Freshman Year,” some of which we knew about, and some of which were surprises. Those, too, have some great comics as their inspiration. But alas, they will have to wait for another time.