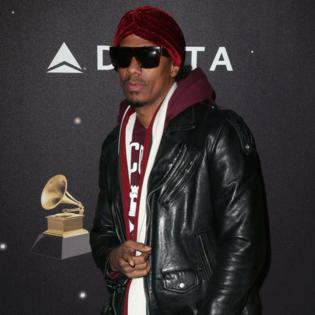 The 41-year-old star announced the passing of his five-month-old son Zen on his own chat show on Tuesday (12.07.21), and Nick is reportedly planning to step away from the spotlight for a period of time.

A source explained that the show's "crew and studio audience were all shocked by the devastating news".

Speaking to 'Entertainment Tonight', the insider added that they were all "unaware of the tragic and extremely personal announcement Nick was going to make about the loss of his youngest child, Zen, during the live".

Zen died of a brain tumor and Nick spoke emotionally about his passing on air.

He told his talk show audience: "Over the weekend I lost my youngest son to a condition called hydrocephalus that was pretty much a malignant, invasive mid-line brain tumor - brain cancer. It's tough."

Nick had Zen with model Alyssa Scott. The TV star - who has six children from other relationships - spent the weekend in California with his son, explaining that "not only did we get to see the sun rise, we got to see the sun set".

He shared: "This weekend I made an effort to spend the most quality time with Zen. We woke up on Sunday and went to the ocean with him and Alyssa, and then I had to fly back to New York for the show.

"I got a call on my way to the airport to head back to Zen."

Nick - who was visibly emotional during the show - admitted he was anxious about appearing on air so soon after his son's death.

He said: "I didn't know how I was going to handle today. But I wanted to grieve with my family."

Zac Efron is determined to "challenge" himself in 2022.

The 34-year-old actor has already achieved a lot during his career, including winning a Daytime Emmy Award in 2021 for his documentary series 'Down to Earth with Zac...Read More

Whoopi Goldberg has urged Bill Maher to "stay away from everybody" after his recent comments about the pandemic.

The 66-year-old actress - who recently recovered from COVID-19 - has hit back at the comedian after he ...Read More

Kristen Stewart and Dylan Meyer were "lucky" they were able to stage their engagement party amid the pandemic.

The 31-year-old actress feels fortunate that they were able to have a party during the ongoing health crisis. ...Read More