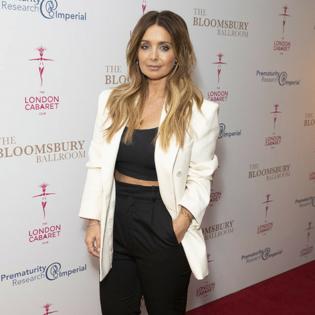 Louise Redknapp has hit back at claims she is "in despair" over her ex-husband's new marriage.

The 47-year-old singer - who split from Jamie Redknapp in 2017 after 19 years of marriage - took to Instagram to deny reports she is upset after Jamie recently tied the knot and welcomed a new baby with Frida Andersson.

Louise - who shares sons Beau, 13, and Charlie, 17 with Jamie - wrote: "I try not to read or respond to these things but sometimes they're unavoidable. I'd really love to clarify that "Louise" is not in despair or anything like it!! I have my 2 gorgeous boys that I adore more than anything in the world, the best family around me and I'm having the time of my life in my career and with the most wonderful friends that a girl could hope for... I'd like to make it clear that I'm in the most positive of headspaces and loving my life. Here's to all the ladies out there that are in control of their lives and living their very best lives!"

Jamie and Frida tied the knot at Chelsea Registry Office in October, five months after they announced they were expecting a baby.

And the whirlwind wedding reportedly came as a shock to Louise, who was unaware of their engagement.

A source previously claimed: "Louise was quite shocked, she only found out very recently. They kept it very under wraps, nobody even knew they were engaged.

"It's very mixed emotions for her, it's difficult because she's spoken quite openly about her regret, she's blamed 'Strictly' quite a lot but, unfortunately, you can't turn the clock back.'

"He wanted his sons to walk in with him but it was a very small affair. She only knew because the boys were there."