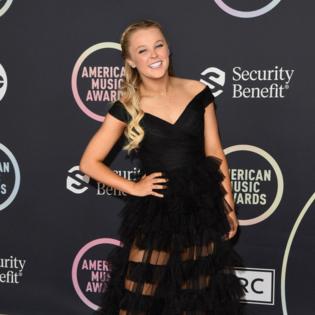 JoJo Siwa was in need of "validation" after her breakup with Kylie Prew.

The 18-year-old YouTube star - who recently finished as a runner-up on 'Dancing with the Stars' with professional partner Jenna Johnson - has revealed that she was in need of "sympathy" following her split from her girlfriend, also 18, when she was competing on the show.

"But that things were going to be OK was also real."

The former 'Dance Moms' star added how certain music triggered her emotions after the breakup, naming a track from Adele's album '25' in particular.

She told E! Online: "One day, Jenna played 'All I Ask' [by Adele] on the car ride home from getting a spray tan," JoJo shared, "and I was sobbing because it was practically how my relationship ended."

It comes after the Nickelodeon star opened up about how keeping in touch with her former flame post-breakup helped her cope whilst she was competing on the dance show.

She said: "There's days where I truthfully will cry, and the only thing that I will want is to talk to Ky and I will call and Ky will answer and it's all okay And there are other days where we don't talk at all.

"It's just kept my brain occupied and it's kept my brain happy and healthy. I was in love for the first time. It is such an amazing gift and something that I will cherish for as long as I live."