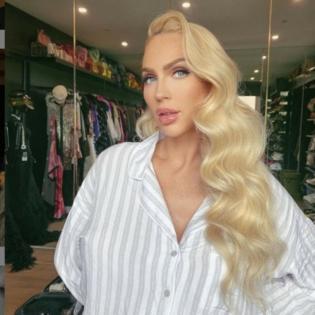 Christine Quinn has blasted trolls who have accused her of faking her traumatic pregnancy.

The 'Selling Sunset' realtor was forced to take to social media to call out the "beyond sick" messages she had been inundated with in her DMs, after her dramatic birthing experience with her son, Christian Georges Dumontet - who was born via an "emergency crash C-section" in May - was featured in the latest season of the hit Netflix series.

Sharing one of the messages she received, Christine responded: "K y'all are beyond f****** sick."

Over on Twitter, the 33-year-old reality star demanded those who disrespected her to give her an apology

She continued: "For all yall still mad on pregnancy gate please go look at my ig stories. And apologize.

"This is seriously so hurtful. (sic)"

One of the users had called her pregnancy "alleged", to which she replied: "Please go stalk my ig now, byeeee (sic)."

Another wrote: "You can post a picture of giving birth and these conspiracy people still won't believe you. Kinda sick."

And she responded: "so true babe."

The TV star has just opened up about the hellish birth and revealed that had there been "any traffic" on the roads on the way to the hospital, she and her baby boy would have "probably" died.