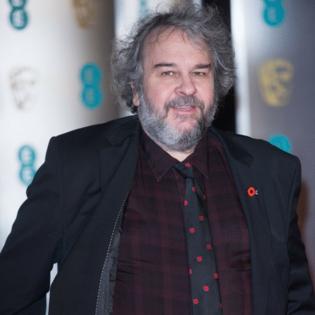 The 'Lord of the Rings' filmmaker helmed 'The Beatles: Get Back', a three-part Disney+ documentary, which charts the making of the Beatles' 1970 album 'Let It Be', which had the working title of 'Get Back', and features footage originally captured by Michael Lindsay-Hogg for the documentary of the album.

However, Jackson was able to cheekily use technology to turn down their instruments to make their chatter audible.

The 60-year-old director confessed: "It's a little bit naughty."

Jackson recalled: "We came to realise that John [Lennon] and George [Harrison] in particular were very aware that their private conversations were being taped.

"Michael hid microphones everywhere to try and capture candid conversations. But what John and George used to do was turn their amps up loud and strum their guitars - not playing anything - so that's all Michael's microphones were recording. They were in this sort of running battle."

The iconic Fab Four - which also included surviving members Sir Paul McCartney, 79, and Sir Ringo Starr, 81 - were tasked with recording, writing, rehearsing, and performing the songs live in just two weeks, and tensions were showing among the bandmates at Twickenham Studios.

Jackson shared McCartney's reaction to his cut and how they didn't want it to be "sanitised".

He added to The Independent newspaper: "Paul actually said to me when he saw it, 'That's a very accurate portrait of how we were then.'

"I get the feeling there's no concern about their image anymore."

The former US Vogue editor-at-large passed away on Tuesday (18.01.22) at White Plains Hospital, TMZ reports.

A cause of death is not known at this time.

The former 'Buffy The Vampire Slayer' actress - who worked with the director on the hit show and its spin-off 'Angel' - has responded after he ...Read More

Joseph Baena admits it "took a little while" to form a relationship with dad Arnold Schwarzenegger.

Machine Gun Kelly has claimed the engagement ring he had designed for fiancee Megan Fox "hurts" if it's taken off.

The 'My Bloody Valentine' rocker recently asked the 'Transformers' star for her hand in marriage after ...Read More

Ethan Hawke is set to star alongside Julia Roberts and Mahershala Ali in the upcoming Netflix thriller 'Leave the World Behind'.

The movie is based on the Rumaan Alam novel of the same name and is to be directed by Sam ...Read More

James Gunn has confirmed a 'Peacemaker' star will be returning for a future DC Extended Universe movie.

The 55-year-old director - who is at the helm of the HBO Max spin-off based on his recent big screen blockbuster of ...Read More