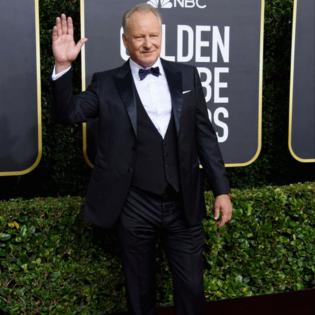 The 'Dune' star - who is a father-of-eight - is adamant that it is always best to be honest with your children, even when faced with "difficult questions" like whether or not Santa Claus is real.

Answering readers queries in a feature for The Guardian newspaper, he was asked "what are your top dos and don'ts for fatherhood?", to which he replied: "Don't lie. Even if they ask you very difficult questions at a very young age, be truthful. Otherwise sooner or later they will realise: oh my God, my parents have been lying to me. Even about Santa Claus. He does not exist. At least there's no proof of existence."

The 'Mamma Mia' star had his first six kids- actors Alexander Skarsgard, 45, Gustaf Skarsgard, 41, Sam Skarsgard, 39, Bill Skarsgard, 31, and Valter Skarsgard, 26, and his daughter, 29-year-old former model Eija Skarsgard - with his ex-wife My Skarsgard, who Stellan was married to between 1975 and 2007.

The Golden Globe winner has two other sons - Ossain, 12, and nine-year-old Kolbjorn with his second spouse, film producer Megan Everett.

The 70-year-old actor believes that his children have enriched his career as they allowed him to have a "normal life" outside of acting.

When asked "was your career affected by having eight children?", he responded by saying: "I've learned so much with my children that it has probably been very positive. And also since I finished at The Royal Dramatic Theatre in Stockholm in 1989, I haven't done any theatre and I've only worked for four months a year, so I've changed diapers for 40 years.

"I cooked a lot for the children and I've seen them grow up and I usually brought them all when we travel. So I've had a real normal life and the only way it's affected me is that I've been able to steal from my children because in them you see humanity in its raw form, unhidden. You can look at a three-year-old and then you can play the president of the United States no problem, because you understand him."