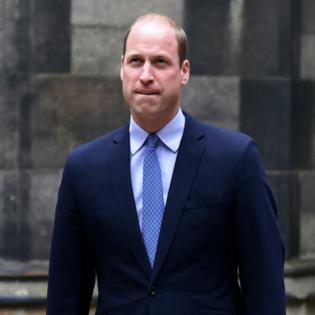 Prince William struggled with his mental health during his time as an air ambulance pilot.

The Duke of Cambridge - who launched the Blue Light Together scheme on Thursday (11.25.21), which provides a package of mental health support for workers in the emergency services - has spoken to emergency responders and discussed how the job impacted on their mental wellbeing, and revealed he had troubles of his own when he worked with the East Anglian Air Ambulance between 2015 and 2017.

William - who shares children Prince George, eight, Princess Charlotte, six, and Prince Louis, three, with his wife Catherine, Duchess of Cambridge - shared: "In the air ambulance any job I went to with children, that really affected me, much more than I think if I hadn't had children actually.

"So, for me, it was the relationship with my personal life with essentially the family or the incident I was at - I found that very difficult."

William, who is a passionate advocate for mental health support, revealed that he had to remove himself from a number of incidents as they felt too close to home.

The 39-year-old royal recalled: "There were a number of times when I had to take myself away because I was just getting too involved in it and feeling it.

"And then I'd go to talk to someone else after the event, which was really important, but it continues, it doesn't really leave you there - you just manage it better."

During his speech at The Royal Foundation's Emergency Services Mental Health Symposium in London, William said: "Supporting the mental health of our emergency services is extremely personal to me. I often think about my time working for RAF Search and Rescue and the East Anglia Air Ambulance.

"I remember the pressure of attending calls in the most stressful conditions, sometimes with tragic conclusions.

"I remember the sense of solidarity with my team, pulling together to do the best we could and sharing the weight of responsibility."

The prince added: "I also remember returning home with the stresses and strains of the day weighing on my mind, and wanting to avoid burdening my family with what I had seen."