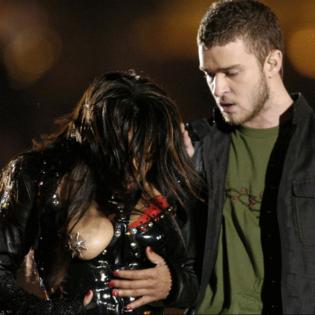 Janet Jackson's former stylist insisted there was no "wardrobe malfunction" when her breast was exposed during the Super Bowl halftime show in 2004.

The 55-year-old pop star's right breast was famously flashed to the world when Justin Timberlake ripped off part of her top during their performance of 'Rock Your Body' but Wayne Scot Lukas - who dressed Janet for the prestigious event - has insisted he did "exactly what [he] was supposed to do" and nothing went wrong with her outfit, despite the 'SexyBack' hitmaker's explanation at the time.

He told 'Access Hollywood': "I was a work-for-hire. I was hired to do a job. I did exactly what I was supposed to do.

"If I work with someone who's a dancer, you have to be able to dance in a wardrobe, and it has to never fall apart. My job is to have snaps and pins and velcro so that, even in her quick change, if she forgets to snap something, it stays on. That's my job.

"I stand 100 percent by my story that I did exactly what I was supposed to do, what I was hired for."

And the stylist pointed out that he retained his job with Janet for some time after that.

He said: "And if I ever hurt my friend, I wouldn't have worked with Janet for six years after the Super Bowl. I would've been fired that day."

But Wayne still holds a grudge towards Justin.

He said: "We haven't spoken since he blamed me. He came off the stage and said, 'It's just a little wardrobe malfunction. We all want to give you something to [talk] about.'

"And when he said that, I thought, 'Friendship over. Friendship over! Wardrobe malfunction? I don't malfunction. I was a professional stylist, [charging] $10,000 a day back then. I can't fail! Why did you say that?'"