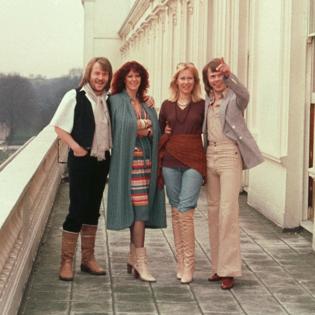 ABBA were treated like "enemies" in Sweden during their heyday.

The iconic pop group band - which includes Agnetha Faltskog, Bjorn Ulvaeus, Benny Andersson and Anni-Frid Lyngstad - were disliked by the "progressive movement" in Sweden when they first emerged on the scene.

Bjorn explained: "You know, in Sweden, there was this progressive movement in music, and we were the enemies."

However, the band didn't worry too much about the reaction in Sweden, as they became of one of the world's most-loved pop groups.

Bjorn told the Guardian newspaper: "Personally I didn't pay attention to all that - it didn't mean s*** to me, even if they hated us.

"Because we got so much response from the whole world. Right from the start, we had contemporary colleagues, musicians, who liked what we were doing."

Benny also admitted that he couldn't fathom how perceptions of the group have changed so much over the years.

Reflecting on the changing views of critics, he said: "It's difficult to fathom, you know, I really don't get it."

ABBA have recently returned to the spotlight with their long-awaited new album, 'Voyage'.

And Bjorn revealed they didn't seek too many outside influences when they were making the record.

Speaking about the current landscape of the music industry, he shared: "We decided early on that we're not going to look at anything else.

"We're just going to do the songs, the best songs we can right now. That meant writing lyrics I could get some of my thoughts of these past 40 years into, and add some kind of depth that, hopefully, comes with age and that makes it different from the lyrics I wrote 40 years ago."

The 47-year-old jewellery designer had claimed she got married due to the "emotional stress of COVID quarantine", and the pair ...Read More

The 91-year-old actress has been open about her experiences working with the famed director, and previously claimed in her memoir that ...Read More

Tom Ford is finding life "very hard" without his husband.

The 60-year-old designer-and-filmmaker's spouse Richard Buckley - who he married in 2014 after 27 years together - passed away in September at the age of 72 and ...Read More