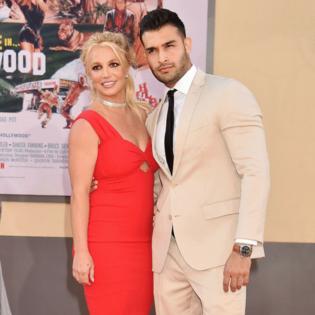 Sam Asghari has joined the cast of 'Hot Seat'.

Sam - who is engaged to the pop star Britney Spears - has boarded the action-thriller alongside Mel Gibson and Kevin Dillon.

James Cullen Bressack is to direct the movie. He has recently helmed the film 'Fortress', which stars Chad Michael Murray and Bruce Willis.

In 'Hot Seat', a former hacker is forced to break into high-level banking institutions by an anonymous man who planted a bomb under his chair at his office.

Mel will play the man who must try to penetrate the booby-trapped building to get a man (Dillon) off the hot seat.

Randall Emmett and George Furla are producing the movie with Bressack, with the picture based on a story by Leon Langford and Colin Watts. Gary Raskin and Alastair Burlingham will be executive producers and are co-financing.

Sam and Britney got engaged last month after five years of dating and the 'Toxic' hitmaker confirmed the news in a celebratory Instagram video.

Sam shared a separate image of the ring and him and Britney kissing on his account. His manager, Brandon Cohen, said he was "proud to celebrate and confirm the engagement".

He added: "The couple made their long-standing relationship official today and are deeply touched by the support, dedication and love expressed to them."

He added: "He couldn't be happier to be involved and make this one-of-a-kind ring."