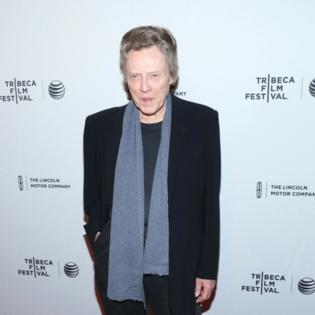 The 78-year-old actor stars in the new Stephen Merchant-created TV show 'The Outlaws', and Stephen has opened up about his experience of working with the Hollywood icon on the BBC series.

Asked how he persuaded Christopher to join the show, Stephen shared: "It's very difficult to get in touch with him because he doesn't have email or a mobile, he only has an old landline phone. We got the script to him, and then I had this call asking if I could come and see Christopher in Connecticut where he lives, so I flew to see him.

"Someone told me beforehand - which was great advice - that Chris is very comfortable with silence, and true enough, he's in his late 70s, he has nothing to prove and he's just a very thoughtful person - he'd ask a question about a character, you'd give an answer and he'd just think about it.

"And I would just sit there as well ... and think about it. So the meeting consequently lasted four hours!"

Stephen - who was born in Bristol, South-West England, and has based the new TV series in his home city - and Christopher developed a good relationship during the course of their first meeting.

And after hours of chatting about the project, the veteran star eventually committed himself to the TV series.

Stephen told the BBC: "By the end of it, we seemed to hit it off, he liked the idea and he liked the character and I'd sold Bristol. It is a great city and there's loads of great restaurants and culture and, of course, he came and then couldn't see any of that because we had to film during lockdown."