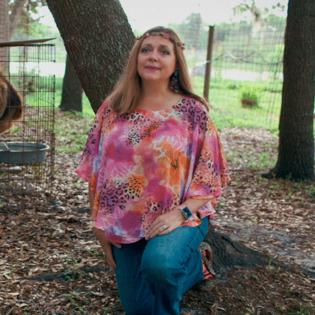 According to Netflix: "We've only scratched the surface... The global hit 'Tiger King' will return to Netflix for more madness and mayhem on November 17, 2021."

In a video announcement on YouTube, a message stated: "The world had no idea what was about to hit. A story so wild, a world so captivating, a phenomenon so global, we've only scratched the surface. 'Tiger King 2'. November 17. Only on Netflix."

The announcement comes just days after animal rights activist Carole Baskin, who featured in the original documentary, slammed plans for a sequel.

She said: "I don't know how they put out a 'Tiger King 2' when Joe Schreibvogel's [aka Joe Exotic] in jail and I'm refusing to be played again. Rebecca Chaiklin [director of 'Tiger King'] said she wanted to 'clear the air' about what they did to me in 'Tiger King'. I told her to lose my number. There is no explanation for such a betrayal and false portrayal.

"If people really want to know how the horrific and unsafe conditions tigers endure in the U.S. was started, they should be demanding to see 'The Conservation Game' film by Michael Webber. His film answers the important questions that 'Tiger King' glossed over."