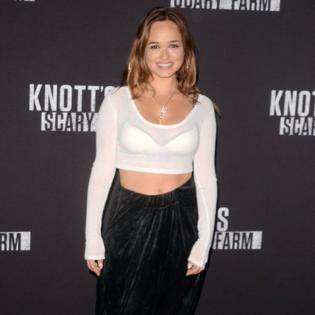 Rose Williams felt a "presence" in the abandoned psychiatric hospital where she filmed 'The Power'.

The 27-year-old actress - who plays trainee nurse Val in the upcoming horror thriller written and directed by Corinna Faith - admitted there were creepy moments during filming which added to the uneasy feeling on location.

She told Collider: "There was an occasion when the generator broke down while we were shooting on that side, which happens in the story in the film, and then the backup generator also broke down.

"And then, out came electricians and they said, 'We don't understand like what went wrong here. It doesn't make sense, as to why these broke.'

"I do feel as though there was an energy about that, that has an effect on the process, potentially."

This was during the second part of the shoot, and Williams admitted she also felt the space get cooler.

She added: "The second part of the shoot, we shot on the other side of the hospital, where the temperature really did drop.

"You hear this when people talk about one haunted spaces, but the temperature literally dropped and it felt like a degree colder.

"I definitely felt more of a presence on that side of the hospital, and that was echoed throughout the crew."

Even from the first moment she stepped into the building, she felt something different when it came to the temperature, emotion and energy.

"I enjoy ghost stories and I enjoy learning about the supernatural, but I take it very seriously because I think and feel for those people that either lost her life or lost themselves psychologically.

"That's something that I have an incredible amount of sympathy with."