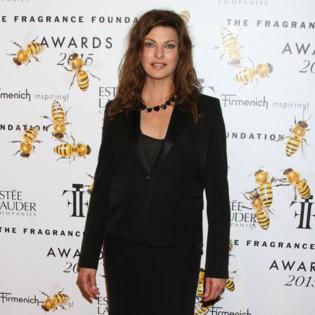 The 56-year-old star - who was one of the world's most famous supermodels in the 1990s - has revealed she has stepped out of the public eye and alleged that popular procedure CoolSculpting left her "brutally disfigured".

She wrote on Instagram: "Today I took a big step towards righting a wrong that I have suffered and have kept to myself for over five years.

"To my followers who have wondered why I have not been working while my peers' careers have been thriving, the reason is that I was brutally disfigured by Zeltiq's CoolSculpting procedure which did the opposite of what it promised.

"It increase, not decrease, my fat cells and left my permanently deformed even after undergoing two painful, unsuccessful, corrective surgeries.

"I have been left, as the media has described, 'unrecognisable.' "

Linda also said she has developed paradoxical adipose hyperplasia (PAH) which is said to be a " very rare but serious side effect" of the fat-freezing procedure, according to Heathline.

Referencing a lawsuit, she continued: "I have developed Paradoxical Adipose Hyperplasia or PAH, a risk of which I was not made aware before I had the procedures.

"PAH has not only destroyed my livelihood, it has sent me into a cycle of deep depression, profound sadness, and the lowest depths of self-loathing.

"In the process, I have become a recluse. With this lawsuit, I am moving forward to rid myself of my shame, and going public with my story.

"I'm so tired of living this way. I would like to walk out my door with my head held high, despite not looking like myself any longer."

CoolSculpting - the brand name for cryolipolysis, which uses cold temperatures to reduce fat deposits - is also known as body contouring, and has been approved by the U.S. Food and Drug Administration.

Zeltiz - which is a subsidiary of Allergan - markets and licenses devices used for such procedures.

Britney Spears' family hurt her "deeper than you'll ever know."

The 'Oops I Did It Again" hitmaker recently saw her father removed from his position as co-conservator of her estate and is hoping to have the legal ...Read More

The 26-year-old star has revealed she's stepping back from social media following the tragic ...Read More

The former 'Keeping Up With the Kardashians' star's security team called police on 19 October after detaining Nicholas Costanza for trespassing at...Read More

The 35-year-old actress - who has four-year-old daughter Nina and an 11-month-old son with husband Thomas Sadoski - revealed "...Read More

Travis Barker has had Kourtney Kardashian's lips inked to his arm.

The heavily tattooed Blink-182 star proposed to the 'Keeping Up with the Kardashians' star earlier this month, and he's just had an old tattoo tribute to ...Read More

The Kardashian and Jenner clan's iconic reality TV series 'Keeping Up with the Kardashians' ended after 14 years and 20 ...Read More