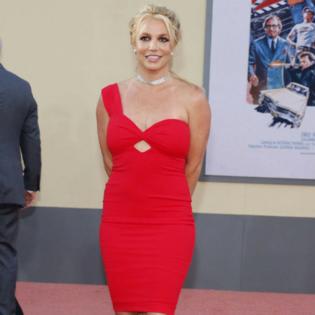 Britney Spears had to ask for permission to post about her sons on social media.

The 39-year-old singer has posted a tribute on her Instagram account to her two sons, Sean Preston, 16, and Jayden, 15 - who she shares with her ex Kevin Federline - but she had to ask her boys if it was OK to write about them online, because they are "extremely independent little men".

Britney shared a quote, which read: "There is nothing stronger than the love between a mother and her son."

And she added the caption: "My boys' birthdays were last week … and unfortunately they are growing up and want to do their own things .... I have to ask their permission to post them because they are extremely independent little men (sic)"

Britney also admitted she is impressed with how quickly her sons are maturing.

She said: "Anyway we had a small party and the coolest ice cream cakes !!! It makes me crazy because they are so tall and geez they are still growing

" !!! They went to a dance last week and I cried for two days

The star explained that while she could have said more about her children, they are "very private".

She added: "I truly believe this quote which is why I wanted to share it … there's a lot I can't share with you all because my kids are very private which I love but I will tell you they are both extremely talented and I'm so incredibly blessed to have these two little men in my life [heart emoji] !!! And if they're reading this … which I'm pretty sure they're not … I love you two little devils so much !!! (sic)"

Earlier this month, Britney got engaged to Sam Asghari, her boyfriend of five years.

It came just days after her father Jamie Spears, 69, filed a petition to end the conservatorship which has had control over her life since her public breakdown in 2007.