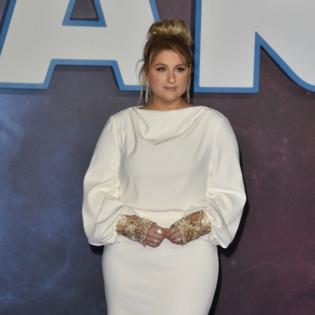 The 27-year-old pop star has previously opened up about suffering from panic disorder - an anxiety disorder involving regular, sudden attacks of panic or fear - and the singer has now revealed she was on 'CBS This Morning' with Gayle King ahead of announcing the 2017 Grammy nominees when the she started "vibrating" and felt she was "dying".

She said: "I was announcing the nominees, and I was vibrating.

"I felt like I was going to pass out on live television.

"As soon as they said 'Cut,' I went offstage and was [gasping for air] in front of everyone."

Meghan - who welcomed her first child, son Riley, into the world in February - has praised TV presenter Gayle for helping her in the scary situation.

She said: "Gayle was my email buddy after that and always checked in on me.

"I was so embarrassed and apologized, but she made everything so much better for me. She's an angel on this earth."