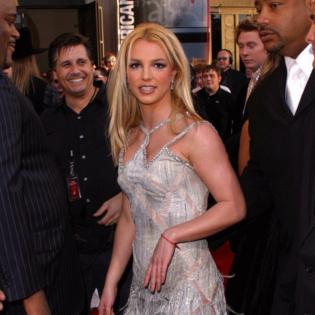 The 39-year-old songstress took a brief break from the photo-sharing platform after it was revealed that boyfriend Sam Asghari had asked her to marry him.

And having said yes before enjoying a few days away with her husband to be, Britney has now confirmed she's back on the site.

Posting two photos with an accompanying message, she said: "I couldn't stay away from the gram too long so I'm back already!!!!

"Psss I took these in Palm Springs with clip in extensions. (sic)."

Britney - who had more than 34 million followers - said she'd decided to deactivate her account, before revealing via Twitter that she's now planning to focus her attention on her romance.

She wrote in a Twitter post: "Don't worry folks … just taking a little break from social media to celebrate my engagement [ring and winking-face emojis] !!! I'll be back soon (sic)"

Britney and Sam have been dating since 2016 and they announced their engagement earlier this month.

The pop icon took the decision to quit Instagram shortly after Sam insisted he won't compromise his happiness to pursue fame.

The 38-year-old model is mother to 10-year-old son Flynn, whom she has with her ex-husband Orlando Bloom, and sons Hart, three, and Myles, two, with her current ...Read More

Queen Elizabeth spent the night in hospital after cancelling her visit to Northern Ireland on her doctors' orders.

The 95-year-old monarch was forced to cancel her plans to visit Northern Ireland for a busy two days of ...Read More

Selma Blair "feels like a new person" after getting stem cell treatment for her MS.

The 49-year-old actress was diagnosed with multiple sclerosis in 2018, and by 2019, her symptoms had worsened so much she was unable to ...Read More

The 'Euphoria' star has said taking time away from posting on Twitter and Instagram helps her keep her mental health in check, because she can get easily anxious or "...Read More

Kris Jenner feels "lucky" to have Kim Kardashian West in her life, as she marks her daughter's 41st birthday.

The Kardashian family matriarch took to Instagram on Thursday (21.10.21) morning to be one of the first people ...Read More