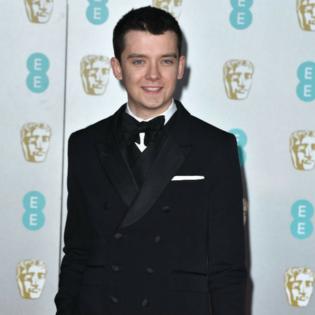 Asa Butterfield has told fans to "f*** off" amid a Twitter rant about people harassing him.

The 24-year-old star took to Twitter to voice his anger after fans filmed and photographed him on a night out, revealing he'd slapped "multiple phones" out of his face.

Asa - who plays Otis Milburn in 'Sex Education' - tweeted: "I'm so tired of people filming me/taking pics without asking while I'm on a night out. It actually kills my mood and my night, f*** off, leave me be please. (sic)"

Asa took to the platform at around 2am on Sunday morning (09.19.21) and complained of being harassed by fans.

He wrote: "Tweeting this from a cab home after I've had to slap multiple phones out my face tonight."

In response, one of Asa's followers said: "It comes out by the fact of being a celebrity. Deal with it or choose another career. (sic)"

However, the actor refused to accept the explanation and fired back with a sarcastic tweet.

He wrote online: "Wow I had no idea, thank you for enlightening me. (sic)"

Asa found fame as a child, starring in movies such as 'The Boy in the Striped Pyjamas' and 'Hugo'.

However, the London-born star previously admitted he didn't intend to stay in the acting business for the rest of his adult life.

He explained: "I don't see myself acting for the rest of my life.

"I'd really likely to shoot wildlife documentaries, I watched so many of those as a child, and I'm quite into wildlife and love photography as well, so that's something I'd like to do."

Asa jokingly added: "I'll hopefully be able to make something of it and get out of the UK because in London there's not all that much to film in terms of wildlife - maybe some foxes and pigeons, but that doesn't make a very exciting documentary, so I'd like to go somewhere more interesting."