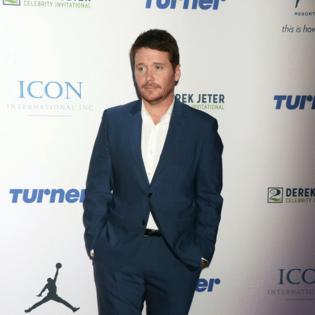 Kevin Connolly and his newborn daughter have been diagnosed with COVID-19.

The 47-year-old actor has confirmed that he and his six-week-old baby girl, Kennedy Cruz, were recently diagnosed with the illness.

Appearing on 'Victory the Podcast', Kevin shared: "I like to think I'm a pretty responsible person, even now that I have a baby. But I don't know, man … whatever this new Delta variant is. F*** man, I got sick.

"It's been hard. Anyone that has a kid knows that it's hard when your kid is sick, you know? Because there's really nothing you can do for them."

Kevin explained that his symptoms were "brutal" - but insisted he was trying his best to cope with the illness.

By contrast, he revealed that his daughter has been "doing great" after being diagnosed with COVID-19.

Kevin explained: "It's just the congestion part, but the fever is down and we're all back on the road to recovery. It's a close call."

The actor became a father for the first time last month.

Zulay Henao, Kevin's girlfriend, showed off a glimpse of their baby girl on her Instagram Story, as she admitted she'd been "overwhelmed" by the experience.

Praising DockATot for their baby lounger, she wrote: "Thank you @dockatot As a 1st time mom I was so overwhelmed making sue I got everything right for her. And you did not disappoint! Thank you for this beautiful gift. So versatile, useful and pretty! #MommyApproved (sic)"

Zulay also thanked her friends for their support.

She added: "Postpartum life ain't too shabby! Today's mantra: I'm unf-kwithable. The human body is a masterpiece beyond our wildest imagination. Thank you to all my friends who have reached out with the TMI info people don't tell you about. I love you. (sic)"