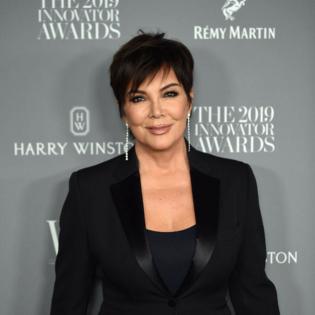 Kris Jenner's marriage to Caitlyn Jenner was a "blessing".

The 'Keeping Up With the Kardashians' star was married to the former Olympian for 23 years before they split in 2013 and she'll always be grateful for their time together because they had a lot of good times, as well as their daughters Kendall and Kylie Jenner.

Asked if she had fond memories of being on the reality show with her former spouse - who was known as Bruce during their marriage but came out as trans in April 2015 - Kris said: "I do, I think we had a lot of really great years.

"I think everything is meant to be and what is meant to be out of that relationship was Kendall and Kylie. Without that, I wouldn't have 1/6th and 1/6th of my heart sitting here. That I'm so grateful for and feel like it was such a blessing."

And even if the aspiring Governor of California hadn't transitioned, Kris doesn't think they'd still be together now.

Asked on E!'s 'Keeping Up With the Kardashians' reunion show if they'd have split if not for the transition, she told host Andy Cohen: "That's an interesting question... I think so."

The 65-year-old momager has been in a relationship with Corey Gamble for seven years and she thinks their romance was "meant to be".

She gushed: "The chemistry, the dynamic between the two of us.

"He's just a really great guy who brings a lot of joy into my life, loves my kids, it just works. We know a lot of the same people. I just feel like it was meant to be."

Her daughter, Khloe Kardashian - whose dad is Kris' late first ex-husband Robert Kardashian - admitted the rest of the family were hesitant about welcoming Corey into their clan at first because their mother's marriage had just ended and "what happened between Cait and my mom was really surprising."

"So Kim and I definitely interrogated the hell out of him. We love Corey now."